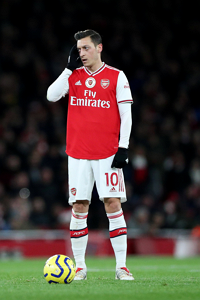 his stats should be updated.
Top

jmg721 wrote:1. I don't know why you are posting a whole set of stats...in a rush. Have some pride in your work.
2. You gave absolutely no reasoning for the values. You might as well wrote....TS (UP)/Bal(Down)
3. Please delete these as they are against the rules of the site.

Please Post suggestions with good reasoning. This is completely disrespectful to all stats makers and sets a negative presidence. I swear with you its 2 steps forward and then 2 steps back

if one's opinion differ HEAVILY from the 1st post in the thread I think a new set of stats is appropiate... if the german mods disagree we can still delete it but I'd keep it for now
I'm against you
Top

higher aggression so he can get forward more.

WOW!! You just wrote the same things in a different way. I really don't know what to do with you. I don't think you are learning impaired...but you aren't showing me that you aren't.

Is his bal really worse than Modric. Is his speed as good as mutu and faster than others. And if he is so selfish, why did you go with an 80, which is very high still for a 19 yr old.

Just as examples of how to DISCUSS stats. Seriously do you not understand what this site is for?!?

jmg721 wrote:WOW!! You just wrote the same things in a different way. I really don't know what to do with you. I don't think you are learning impaired...but you aren't showing me that you aren't.

yeah he's weaker than modric imo, but they've never paired off because, they don't play together, he is weak. couild you get a bundi player to compare between?

jmg721 wrote:Is his speed as good as mutu and faster than others.

where'd I say SO selfish, he is selfish at times but most wingers are... he's good at connecting with his team and working with them but 82 is overating it imo.

jmg721 wrote:Just as examples of how to DISCUSS stats. Seriously do you not understand what this stat is for?!?

his balance is overrated.. he is fuckin weak
Top

don't be a crybaby paddy... I said that its okay to keep the stats up

Paddy wrote:yeah he's weaker than modric imo, but they've never paired off because, they don't play together, he is weak. could you get a bundi player to compare between?

That is not my job...that is for you to compare and explain. I was trying help you explain your stats, and you just analyzed my analysis. I don't know this player, but I can't trust your stats if you don't show a clear understanding of how he fits in the ladders of the BuLi and Globally. I know you always take the "trust me, I've thought this through approach" But that just doesn't fly with me, because I'm still not convinced you aren't choosing values w/o fully evaluating them.

If I were a lord, you would be limited to 10 posts a day, so that you would make the most out of them

@ Paddy
You defo haven't got any clue about statmaking. When I looked at your explanation why he should get higher aggression I wasn't surprised. Also giving him SPA 83 is wrong as well. He's 19 & still not as good as you want to have him.

Soon you'll get a comparison between him & Hunt.
Top

Chris, he is a great short passer, why weren't you suprised about the aggression being raised, he goes forward a lot, and maybe even 79 is underating the value of how much he goes up.

BEING 19 DOESN'T MAKE YOU ANY WORSE A PLAYER!

considering you only disagree with 2 why are you moaning?
Top

I actually don't think his SPA/LPA is that great already. Low greens for passing is fair for Ã–zil imo.
Top

what do you think about the other suggestions then?
Top

Balance can really go down, although I think a white value might be too harsh. 75 seems just about right to me.

The Stamina suggestion is fine to me, but the suggested Top Speed would overrate him. 84, 85 is what comes to my mind, but the latter should be the absolute maximum to give Ã–zil as of now.

DS should be higher than DA, but DA has not necessarily to be raised, so I disagree with Paddy's suggestion. DS can go up though. I'd rather give 83, but I can't say that 84 would be totally wrong.

No need to raise his SPA and LPA. These have already been rated rather generous in my opinion. No need for Playmaking either, now that I'm talking about his passing. The Playmaking star is likely to be my biggest disagreement with the first post along with Team Work.

FK Acc and Swerve can get the little raises proposed by Paddy, but especially with FK Acc this is not a must.

Aggression should even go up into the low 80's, as Ã–zil really has some kinda drive to go forward.

Team Work has been way too high and it would be still way too high had somebody applied Paddy's suggestion to the 1st post. In my opinion, it's around 74-75, but definitely not higher. Ã–zil is a selfish guy and, well, considering the fact that his passing is not phenomenal, I can see why he prefers to dribble about to giving the ball away with a pass, be it to one of his teammates or an opponent.

WFA really has to go up. 6 can be given without worries. I even have him in for a possible 7 in the future, but I have to keep my eye on him, so that I can be really sure about it, before giving such a high value. WFF can be increased to 6 as well.

Also be sure to think about giving him *Outside. He has it in my file and it doesn't seem to make him act unrealistic, just the opposite.
Top

Thanks for your input JB. I did notice that you guys like to give out *outside more than the PSD people. When I came on here I learned that *Outside & *Playmaking were rarely given out. I have never really learned when it is okay to apply *outside though.

So basically for the most part Paddy was on the right track with his update, but his values weren't inline with the rest of the site. That was my main point I was trying to make. But with explanations like "Yeah I'd say it is, he's got a great burst of speed..." really didn't allow for much discussion

Now before Paddy makes a comment like....well JB didn't explain any better...or something like that. Let it be known that it is rarely lately that stats makers of JB's quality are generous enough to give us their thoughts. So if you do disagree with his values I hope you will do it with class, and good arguements

thanks I missed to update him

Here's my update on him

btw. I just recognised he's only 4 days older than me

Would you not rate him as more agile than Hunt?
Top
Post Reply
1218 posts