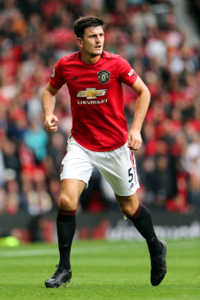 One hell of performance today, even if it was a red arrow day, I think a bump is needed
Top

Seems to be a highly rated young talent - that Hull will not be able to hold onto long-term.

Not to start a whole thing about his weight, but he looks like a well fed big boy...the Hull site does not have any current numbers..
Top

He is does these good last ditch interventions/tackles, saves Hull's bacon a few times. Also last match with Leicester, and I think I seen one other occasion recently, he's gotten injured mid-match and hobbled his way through - like to see a bit more but he is possibly a low-mid 80s for MEN. His defence too might be a bit more.

Injury A can stay as he seems to be not missing any matches despite getting knocked about.

*Dribbling is a style star I'd give him, he's done it once or twice every match I've seen him - not great and usually loses possession after getting crowded, but he does do these driving dribbles at the final third from the backline - would be better if he passed sooner or tried to buy a tactical foul for a set-piece.
Top

Looked good tonight vs WBA. Has pace, power and is strong in the air all the pillars of a good CB, yet also has some of the trappings of cultured player and is cool under pressure with the ball, passing rather than hoofing and can come up field to get involved in play or crack a shot off. England lucky to have this guy, another young talent.
Top

Oriello wrote:Looked good tonight vs WBA. Has pace, power and is strong in the air all the pillars of a good CB, yet also has some of the trappings of cultured player and is cool under pressure with the ball, passing rather than hoofing and can come up field to get involved in play or crack a shot off. England lucky to have this guy, another young talent.

He'll turn 25 in 5 months, not really a young talent. But i agree with your points about his qualities.
Relja's not dead
Top

I watch too much Serie A

, in Italy 24 is still considered a youth product and will soon be ready to be a starter haha , and then them goats play till 34-36 at a high level.
Top

He's been really good this season, apart from being really unagile and slow on short distances, he's showing good positional awareness and technique. His DA is really good, plus he's playing as a LCB as a right footed player, which is a harder task for a ball playing defender in terms of showing good control with his feet.I think he's like 77-78 .
Teamwork could be higher, as i said not the fastest and twisty player around he's not very adventurous in terms of chasing the ball and prefers to maintain position with his teammates and play as a unite Like 80-81.
Relja's not dead
Top

His DA continues to impress. He'so confident and quality on the ball.
Apart from that had one amazing clearence after Azpilicueta's trademark cross. I was like oh shit, him again, but it was an amazing reaction from Maguire, positioned himself brilliantly. We've seen so many similar goals but Harry said no. What a defender he is really, the best English centre back
Relja's not dead
Top

Dont watch Leicester but at Hull he had this penchant for driving up the field with the ball and was decent with it, no Lucio, but stood apart from run of the mill CB's a bit like Chiellini does now. If he still is similar I think he needs *dribbling.

In terms of DA, unless Maguire (75) really improved I think Johhny Evans (76) has the better close control between the two - that is from what I can recall from Maguire.
Top

He's 194 cm tall and his weight is 100 kg according to Leicester's website.

Evans and Maguire are both wanted by City, that alone speaks highly enough of their ball playing qualities. Dunno bout DA, but Evans is a better passer i think. Jonny may have better close control, but Maguire is showing more than 75 at Leicester.

Remember actually some situations in the attacking final third, after a mess of a corner he held up the ball couple of times and actually showed some tricks, nothing extraordinary. He's really into dribbling game.

All round i'd pick Harry, defensively wise he's a better player and much more dominant physically. He's outpowering people with such ease, his BB is huge. Oranges prolly. Thanks for the feedback anyways, hope some polish player will join Leicester so you could see a bit of him again

I'm not following who City are after, but if it is between Evans and Maguire, then Maguire too would be my pick as he is younger and way more room to improve...though its one of those situations do they just want a backup? Then Evans would make more sense and Maguire will be better off just playing as a starter elsewhere.

I have seen Evans just in half a season dribble the ball out of his own box under pressure from 2 or 3 players, maybe 3 or 4 times. No fancy tricks or turns, just solid control and BB, I think personally he is maybe below Bonucci at ~78 DA. I only really recall Maguire having the appetite to get into and through the midfield (he actually lost it a few times at Hull), he may be more clever with it now, I've just been more impressed by Evans in that area.

Rex wrote:hope some polish player will join Leicester so you could see a bit of him again

Bumpity bump bump, showing at again vs Colombia, every time I see him he does have some Chiellini like moments and launches a raid into the opponents field, at least once a match.
Top

Yep, I’ll will update it tommorow, is though I won’t touch any other stats though I think they need it
Top

isn't he even stiffer than this? around 60-65 for agility should be fair for him
Top Changes in his set didn't save. Please fix it.
Top

MrNBA wrote:Changes in his set didn't save. Please fix it.

Cheers for the report, oddly it saved in the log which normally if it fails to save it wouldn’t be logged, now fixed
Top 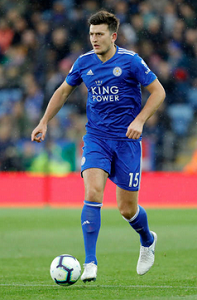