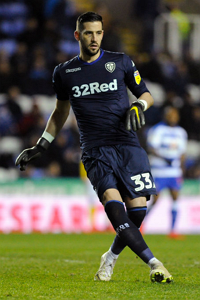 Moved back to RCD Espanyol. End of loan.
Top

loaned to Cartagena, no?
Top

He's a class keeper, Cristian Álvarez hasn't an easy job to recover the starting spot. Thinkin' on changes, but hasn't tested anything yet.

What an amazing handling vs Sevilla!

Espanyol vs Espanyol...do you watch the trainings?

I was wondering something else while posting .

He's better than this for sure, he isn't far from Gorka on terms of positioning and handling, for my taste he isn't so good on positioning but his handling is a bit better, so DEF I'm testing him on 88 (always with good positioning, he has nice reflexes but IMO his positioning help him a lot) and GKS 81, tend to refuse a lot more than trap the ball.
RES could reach 86, the rest seems fine to me.

Sent you a PM, Xyder, please take a look at it asap

Watched him yesterday. His RES is really something and he also knows to get some wonder saves from his hat from time to time, so DEF could definetely go higher. I'm not impressed by his GKS though, his handling is quite average (downright poor sometimes yesterday).

Yes he's better than these stats, needs an update.
Top

please fix his name in search function, there it is still Kiko Castilla, thanks.
Top

PIPA23 wrote:please fix his name in search function, there it is still Kiko Castilla, thanks.

Few of his saves, not sure if all those are from this season though. Together with Keylor Navas, he's one of the keepers with better form (let's say reflexes) this season (bar Courtois, obviously).

Got the opportunity to see him today against Bilbao, he did one wonder save showing good reflex, but the rest of his game was let's say poor, he was completely bad in the air today, mostly due of lack of GKS and Mentality.

I'm currently making a compilation video, and gotta say, after all the hype and praise he's received this season, I feel disappointed. Great reflexes, yeah, but pretty average in everything else. He's somewhat dominant in the air but has trouble with timing, so quite a bunch of times he comes out to claim an aerial ball but fails spectacularly.

All in all he seems like another product of the Spanish Keeper Template (tm).

Full season compilation. Sorry for the quality of several fragments... uploaded matches were no longer available (specially matches from the first half of the season), so I had to resort to some official youtube videos.

His RES + Jump combo is great. Specially his RES... in terms of reflexes he's really good, and if you ask me, in the current spanish league probably only Keylor Navas is above him RES-wise.

Other than that he's hard to describe. He fucks up so much... looks so clueless sometimes. For his frame and height, he can be surprisingly weak dealing with crosses and high balls. His decision making isn't certainly the best either. Regarding passing, he looks mostly average to me, although from time to time he can produce some beauties too (4:30).

DEF: I have no idea what to give him here tbh. He can make incredible saves sometimes, but he's certainly not what I would describe as a "safe" or dominant keeper. If we
rate Neuer as the top-def keeper in the world right now, I'd say Casilla is probably the complete opposite in that regard. Konami's default value in 2013 was 75.
BB: hard to rate again, he can be dominant sometimes and suck balls in next match. We could give him generous values here and in other stats and then set for a low condition value, but... dunno really. Konami's default was 83 in 2013, then upgraded him to 84 in 2014. I'd stick with 83.
RES: this is his strongest point and by a wide margin. I'd put him at oranges.
AGI: not great. Understandable for someone of his size. Konami's 68 from 2014 is spot on IMO.
Jump: mid yellows I think, 84 or so.
GKS: this should be relatively low IMO. He's too lacking in too many areas. Konami went from 75 in 2013 to 80 in 2014, and 80 would be the highest I'd give him, sometimes he looks even lower.

If he were 22 or 23 years old I'd be calling promising, but he'll be 28 this october. I think he still has potential to improve and become a very good keeper, but there's so much he needs to polish... things I would understand in a young keeper, not so much in someone closer to 30 than to 20.

you know what's funny, before i got to the end of the video i actually was thinking that this guy was possibly god level in defence. Don't get me wrong, i had the same other impressions, he's utterly brainless in alot of situations, when to come out for crosses, not coming out when he should, not being able to make a distinct and resolute decision sometimes. His GKS has some serious problems.. i thought 80-82 at the beginning 4 minutes, but by the end it's clear he's like a 77-79.

However, he just behaves in some situations that gave him a save or stopped a goal that i don't think any godly goalkeeper could've saved with any reflexes except with that sense of reacting to a shot with experience.. foresight. i can only see that sort of way he responds to shots with high defence, but he's just so all over the place, it really kind of seems to be his random energetic style of attacking positions rather then any sort of method or technical prowess.

He's certainly not below the likes of say romero in regards of defense.. romero is just awful at anything relating to defence, positioning especially, and i'd say Casilla has pretty good positioning. If you discount his erratic charges out of goal and terrible cross command.. i'd say he's actually extremely solid as a shotstopper.
i'd say at minimum Casilla is probably at least 5 points above him.

I'm not so sure that his reflexes are really that great. Sure he's around oranges, but he's not an extreme one, I really put him in the 88-90 boat.

I have the exact some thoughts about the other aspects, jump at 84/85, agility low, bb 83 (exact value i thought of too)

also lowering ment/tw... no more then 70/68 in that regards imo. it would be important to raise his aggression too, at least like a 70.
If you don't put effort into your post, i won't put effort in my response.
Top
Post Reply
34 posts