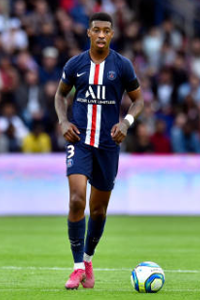 His passing/technical abilities could increase a little bit IMO, he's quite confortable with the ball and his SPA is clean.

This young guy is sooo good. He is the key in the last couple of good motnhs in psg, and today stop completely Messi, major words.
Top

He also had a great game against Bordeaux :

I can see his defense stat being in the green zone. He's clean and precise when it comes to stopping an attacker and getting the ball. He proved it against Barcelona.
Top

What's the point of the FKA uprade?
I don't remember him taking a free kick at all.
I didn't see all his games though, so did I miss something?
Everyone knew it was impossible. Then came along a fool who didn't know it, and he did it.
Top

Is that the most important point of the update ? :p

Just random FKA, I always put 65 FKA as the lowest value for players on my editor. That will not change anything IG.
They have eyes but cannot see; they have ears, but cannot hear; they have tongues, but cannot speak. They are like cattle.
Top

Of course it's not

I was just wondering why, a lower value wasn't a problem. But yeah, IG it's not much of a change.
Everyone knew it was impossible. Then came along a fool who didn't know it, and he did it.
Top

Only thing he needs is better aerial prowess and he'll have everything he needs to become a top class center back.
Everyone knew it was impossible. Then came along a fool who didn't know it, and he did it.
Top

I feel like he's a yellow defense. Very solid in his interceptions and with the ball he has some class, he's over the majority of CB on technical skillset. Nice long ball for Mbappé today.

He's technically very good, but i think the ones who made the set already realized that. Just been conservative in their approach. Very class indeed. I didn't rate his long passes very much, but today's assist to Mbappe was pretty good.

Yellow defense yeah, but not too high he still makes errors, today was a good day. Maybe low teamwork is enough. Id up his body balance, he's an absolute unit! Does his speed stats looks that good to you Adrien? Im not sure about that but i cant say i've been paying much attention to them.

Lastly, very one footed. Not sure he deserves a 4.
Top

He is a very talented technically. He has a decent close control and that's helping him to develop a more skills relevant to the offensive part of the game. He is very intelligent with the ball at his foots. He is able to attract a 4-5 players and then break their pressure with a quality pass sent to the midfielders. He still has to improve this aspect furthermore but I think that he is very very talented in this aspect. His ball playing qualities are the reasons why is he making a good career.

Other than that, he is very average, if not mediocre. His defensive skills are based on a speed qualities and a decent sliding tackle, he is also good at intercepting a ground incisive passes. On the other side, he has a huge problems with the aerial game. His awareness, timing, positioning and a quality of the leap are a pathetic really. He is extremely vulnerable at that aspects and I'd recommend to each of PSG opponents to constantly play an incisive pinpoint passes while Kimpembe is on the pitch, especially in pair with Marquinhos. Also, he is very bad at defending the crosses and marking the opponents during the free kicks.
Besides that, he simply isn't impressive at many defensive based things, like a sense for the covering, quality of anticipations, etc.

He is also known for clueless going outside his position and making a serious gaps in the defence. He is not an extremely unintelligent defender, far from that, not the worst nowadays certainly, but he is not good at all for a PSG starting defender.


I'd put his TW down to high 60's tbh. His physical qualities and jump are a quite debatable and we should be more rigorose with them, especially Jump. I'd honestly downgrade him Jump to 70 and Balance to 82, as he is still quite shaky in the body duels. On the other side, I'd upgrade his Agility, he is quite nimble both with and without the ball in his foots. His DA also might be a point higher IMO.
When we are talking about the other stats, I totally agree with them, eventhough I have some questions about his Defence. Technical stats are a perfectly rated. He is very good but still not a perfect and a constant treat with his deep passes and dribblings. He has a potential to gain high 60's in the future.
Top 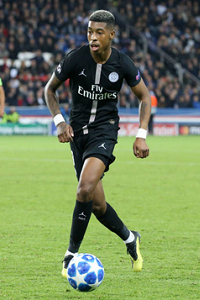 Great game against Dortmund, super comfortable on the ball and really nice reading of the game.
Everyone knew it was impossible. Then came along a fool who didn't know it, and he did it.
Top
Post Reply
16 posts • Page 1 of 1