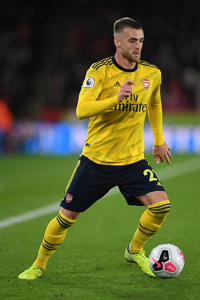 Thanks for the update, this will do for a while.
Wanted to point that he was selected as the player of the month, ahead of Alexis and Ramsey, a great achievement for a young and new player of a club.
Bloody Curse!
Top

what do you think about raising ball winning in the 2014 set?
probably something between 76-80 will do it in my opinion,do you agree?
Top

i have him myself in 76 for defense and 81 for response, so yeah agree with it, but probably in the forum they are waiting that he shows it in more matches and regularly, also now that everybody is fit, we will see what his function will be.
Bloody Curse!
Top

What about his Height? In picture squad he is taller than Welbeck and his height is 188cm.
http://www.arsenal.com/assets/_files/sc ... 11x400.jpg
Red Star Belgrade! Champions!
Top

BTW seems that Welbeck's height we have here is wrong, many trusty sources have it on 183 cm.
No matter how hard you try, you can't stop us now!

No we have it right, the trusty sources on welbeck are form when he was 17 at united, as for chambers, has looked taller, I'll keep an eye
Top

to be honest I'd say playing vs spurs as RB, he's looked most natural, perhaps premature to make him a CB, perhaps he could be a natural at both like ivanovic has proved to be...
Top

i think his defense should be up,his positioning and his defensive movement is great. either as a RB or as a CB i think it should be around 80 dont you think?
Top

We cannot know his main position.
Wenger is using him to solve lack of defensive players,We may see him as CDM in the upcoming days as Arteta and Ramsey are injured now.
He hasn't a post-pic by the way.
suggestion: to think we believed this guy was already a genious, now it seems it has a long way to go, even he could go on loan.

Brahms wrote:i have him myself in 76 for defense and 81 for response.

we need the thank system back...
Top

on loan to boro:

This set looks a bit underwhelming given he was maybe Fulham's best player last year and he is also good centre back as well. Any thoughts? His defense in particular looks low. I think it used to be greens.
Top

stumink wrote:This set looks a bit underwhelming given he was maybe Fulham's best player last year and he is also good centre back as well. Any thoughts? His defense in particular looks low. I think it used to be greens.

His crossing has been a nice surprise for me. I’ve seen him deployed as a SB in the cup games and he had some really nice services. Defending he is more reliant on his physical tools and had a habit of taking some really poor angles. Didn’t help playing in maybe the worst EPL defense I have ever seen last year! What values do you have in mind?
Top

Probably see him in low 70s for def. Yes his crossing can be quite good.
Top
Post Reply
37 posts