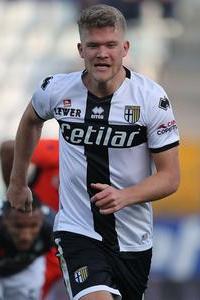 I've read wonders about this young striker.
Cornelius and Victor Fischer could be the leading strikers for Denmark in the middle term.
"Willy Wanda is Chinese!!!"
Top

I have been experimenting with different versions of Cornelius on my OF and this is the one that plays the most realistically, so I have updated.

This video of the recent game against Silkeborg shows Cornelius' different strengths, especially his technique which can be seen in his second goal at 2:38. Also there is an interview with Ariël Jacobs after where he describes Cornelius' main asset being his mentality :-

This is a video round-up of Cornelius in the 2012/2013 season (although a lot of examples of his technique are not included ) :-

Seems to be heading to Cardiff:
http://www.cardiffcityfc.co.uk/news/article/cornelius-set-to-join-city-882789.aspx
"Willy Wanda is Chinese!!!"
Top

he is very close to move back to Copenhagen being a big flop for Cardiff for the money they payed....failed to score in 11 games he played.. and cost them record fee at the time they bought him...

still young player he can be back to PL one day maybe...
Top