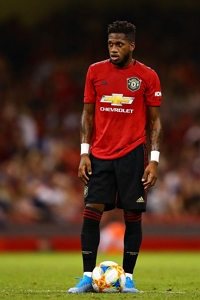 (second goal on this match)
Top

Agree with the SA, but I have to disagree with Box-to-Box, he's too undisciplined, always going too much forward and letting too much space on defence, he'll defend too much with Box-to-Box and he even defend too much with those stats already, he look more like a forward than an CMF. He isn't an DEF 65 btw, and probably deserve better ATK, but may be too early for an increase.
Btw how he can be a Trickster without any Trick?

His long passing is pretty good. Good range, good accuracy, yellows on both LPA and LPS if you ask me.

Also, today he was one of the players who keep playing well even the team losing for 2-0 and after helped the team to get a draw. Gave one assist and scored a goal. Forlan and Dale also kept a good level of play even behind in the score.
Top

Technique should be higher than DA.
Top

Too soon imo, let's see how exactly they develop him and to which position - personally don't think he's talented enough to be a real AM, and his real position to shine in the future would be a box to box CM once he adds strength and polish the passing a little more.
Top

He is in Shakhtar now , as scored even 2 nice goals yesterday , his stats need a boost for sure. Especially in attack , passing and shooting.

Great player , think also his a AM , here his debut goals :

He has been heavily linked with United lately, does anyone have any opinions on his set ?
Top

i've seen only a little of him at shakhtar but i think he's a very good passer, also relies on his DS a lot
Top

Please tell me these stats are long way off the mark.....
Top

watched some highlights from last year and yes, this set is HEAVILY outdated. My impressions of him are something like orange for SPA and DS, high yellows for DA, BC, LPA and AGI. And he looks pretty strong for his size.
Top

I don't think he's as good as you descride, I thought more like around mid to high 80s for spa and lpa, not sure how consistent he is, high 80s for ds. His DA and TEC didn't impress me at all to be honest. his response is very good by the way. easy to see why guardiola wanted him or jorginho for that deep midfielder role
Top

Well i just watched few highlights and that was my initial impression. I have no clue about his form or consistency.
Top

haha, and the position of DMF?
Top

Tried to catch more stuff from him in the last days.

Not sure about his SPA being as high as you guys suggest, not even mid 80s, he looks like 80-81 spa at most to me but I have no clue about his consistency, so maybe he deserves more based on that.
To me, he looks like a highly energetic midfielder. He breaks lines thanks to good short passes and high DS, and breaks opposition attacks thanks to his high response and defensive aggression. He surely deserves above 80 in RES, DS and Body control. He's mid/high 80s in the latter for sure.

His agility looks off to me though, more like 82 based on my early impressions. Probably deserves a bit more stamina too, but not sure about this one.

If he adapts well to the premier league he'll probably bring something very interesting to United's midfield. He'll be a good transitional player, something people expected from Pogba (who didn't deliver), and probably will allow Pogba to contribute less to defence and more to the attack. His high workrate/teamwork combo is a great tool with and without possession, he also seems he can be a great asset on counter attacks thanks to these, but also his overall quickness.
Everyone knew it was impossible. Then came along a fool who didn't know it, and he did it.
Top

420 wrote:watched some highlights from last year and yes, this set is HEAVILY outdated. My impressions of him are something like orange for SPA and DS, high yellows for DA, BC, LPA and AGI. And he looks pretty strong for his size.

After watching him vs Real Madrid in pre-season, I have to agree with this. Fred alongside Pogba will be very exciting.
Top

420 wrote:watched some highlights from last year and yes, this set is HEAVILY outdated. My impressions of him are something like orange for SPA and DS, high yellows for DA, BC, LPA and AGI. And he looks pretty strong for his size.

After watching him vs Real Madrid in pre-season, I have to agree with this. Fred alongside Pogba will be very exciting.