Banfield, hell of player for Serie B.
Top

Fuck, he's damn good...played a while in second half and was a treat to Villalba, his da is just amazing as well as his intelligence in attack...showed a really nice 'chilean' shot that almost was goal, nice agility (not in pes terms) to make such trick in the air. Played as an old RWF.

Vs Patronato, Replaced Cazares at min 35 and was again awesome at dribbling, he's not really fast but his ts is pretty decent, he's got long legs so it's hard to catch him in open spaces. Good game again.
Top

Again he's playing as lwf, showing really good da and nice technique. Btw, he doesn't need that level of stamina at all...yesterday played the whole match (i don't remember well if the 90' but more or less) and was exhausted, he could barely run. I'd say he could get even white stamina and his mentality is really bad too.
Top

Vickingo wrote:Again he's playing as lwf, showing really good da and nice technique. Btw, he doesn't need that level of stamina at all...yesterday played the whole match (i don't remember well if the 90' but more or less) and was exhausted, he could barely run. I'd say he could get even white stamina and his mentality is really bad too.

Agree on everything, just a question, he is giving bad passes? the more that is decent, maybe spa 80 sps: 76 lpa: 77 lps: 77, could be better.
Señores yo soy del Gallinero
Top

today vs EdLP did crazy tricks as a old winger, played much better than terzaghi or at least, was my impression that he did better things for the team, his spa was pretty good and his da/ep was crazy, used both feets and was almost unstoppable, making dribblings here and there, his speed on the ball wasn't really good, today made smooth moves to avoid players and didn't showed his full speed, btw isn't more suitable form 4 for him? always caught my attention, he's really good but pretty inconsistent.
Top

After that match, I made an update in him, lemme know if it's smth wrong. I did not touch his shoting abilities as I'm not really sure about it as well as his att and bb.
Top

well, yesterday watched again another match of banfield and he played pretty good, kinda inconsistent yeah, but his development is pretty good to see, he's being playing as a classic old wing and i really like him, his da and ep was amazing again - i lkike those values in both, i have 84 in my own of but is the same - also he's doing pretty good incisive run the whole match but his bb doesn't help at all to hold the impacts of the defenders, also i noticed that his sa/st is pretty nice but his kp isn't too good, he likes put the ball with a really good placement instead of kicking with full power there.
btw, talking about the updated, i really like it but i rated him with less def and with 2 def awarennes, because he does a good effort to chase his mark to the midfield but his development as a defensive smf isn't too good, just average, about attack im pretty sure he deserves more than 70 in attack, don't know exactly what value, but is there.
Top

His goal was pure sa, amazing.. and he's being the more dangerous in Banfield these last matches, agree about att and also 2 def aw. And I'd mark his tenacity, looks like a fighter lately. flip flap could be an option too here, maybe double touch too.
Top

i really like his style and how takes advantages of his resources, has pretty good confident in his dribbles as well as in his runs, good pace on the ball and does nice tricks with it, today showed good commitment when the team defended and showed good balance when he cut to inside the box, using both feets to maintain a close control on the ball.
Top

Paablito wrote:flip flap could be an option too here, maybe double touch too.

*side is a must here imo, he is the definition of a winger.
Top

He's playing WF since a long time and damn he's so good, his da is just magic, fantastic movements on the side and he's really aggressive at his dribbling. I do love his style, his problem is his consistency and mentality but also his EP seems to be awesome, quick turns all the time...a nightmare to all sb's.
Top

In the lasts matchs of the last tournament and in this, he is showing great dribbling (da), very elusive (EP) and making "recortes" to the center but sometimes he is being too selfish. In my opinion see him a few points better in speed stats.
Desde pendejo yo te vengo a ver, y por mi viejo nació esta pasión; son los colores, que me hizo querer llevar adentro de mi corazón.

He's been showing great jump too..; agree with berna, he's faster than this, especially his ds. His sta is probably in or near yellows, he does a great work in the band every match chasing his mark and recovering a lot of balls (def aw could be 2).
Top

He doesn't need more stamina, he appears and disappears in the match, making some great dribblings here and there and shoting but he doesn't really need more than current number.
Top

I wish him the best for his career. He came to Banfield to "poner la cara" in a difficult moment, so i have only gratefullness with him. 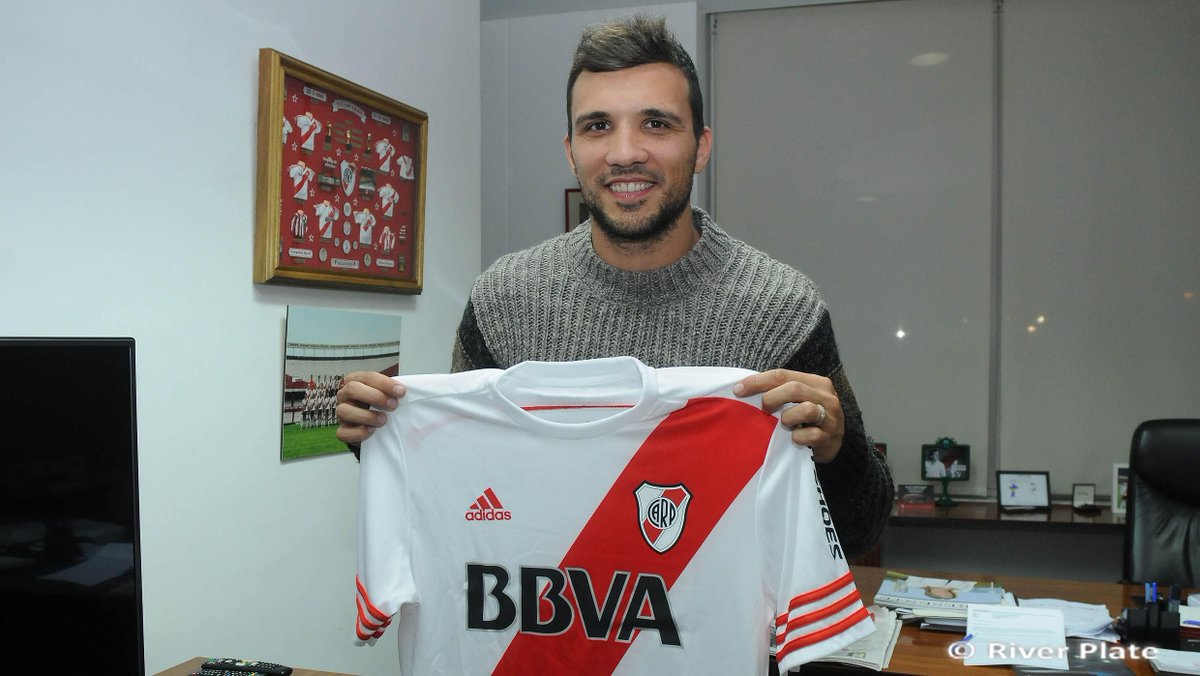