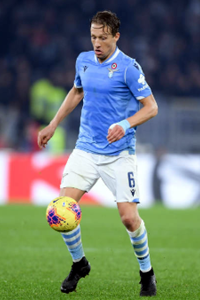 Korinov wrote:How much time will have he spent injured once he recovers from his new injury?

Nearly a year. If that's how it's judged, then any player to have broken a leg should be a C. Fletcher should be a C because he took a long break due to health concerns, too.
Top

Who else agrees on Mr.Evans and jurgens suggestions ?
I have accepted Allah as my Lord, and Islam as a way of life, and Muhammad may Allah's peace & plessings be upon him as a Prophet and Messenger of Allah.
Top

If they are what I think they are then yes. He should have been updated before his injury anyway so he really does need some changes.
Top

it has been done, meant to do it ages ago
Top

I am not sure about this but I think someone suggested a raise for both Lpa and lps and it wass agreed on too .
I have accepted Allah as my Lord, and Islam as a way of life, and Muhammad may Allah's peace & plessings be upon him as a Prophet and Messenger of Allah.
Top

Al-bulldozer wrote:I am not sure about this but I think someone suggested a raise for both Lpa and lps and it wass agreed on too .

Yeah that was me, and it was agreed too.
Top

Anyone else think SPS could be a little higher? Has always put some real power onto his (forward) passes, even to the extent that players can't control them and the ball bounces back off them. 84/85?
Top

Al-bulldozer wrote:I am not sure about this but I think someone suggested a raise for both Lpa and lps and it wass agreed on too .

Yeah that was me, and it was agreed too.

Update ?
I have accepted Allah as my Lord, and Islam as a way of life, and Muhammad may Allah's peace & plessings be upon him as a Prophet and Messenger of Allah.
Top

Think most of his physical attributes should be toned down, he has clearly lost a lot of mobility and pace and he doesn't chase as much as he did, he remains the best midfield anchor of Liverpool but with less movement.

Res: 84/85 - Like I said he doesn't chase as much as he did and his mind isn't as sharp either, it's good still but not the same, he doesn't find himself on the same positions that he used to by just being quicker on the head than his oppositions.

EP - 76/77 - He has lost a lot of mobility, his turns and overall movements are much slower and pretty sluggish.

Top Speed - 76 - Not much to said, don't think he warrants more than that to be honest, his loss of pace has been pretty significant he rarely catches opponents when they go past him.

Stamina 86/87 - He doesn't warrants any need more, he gives some good shifts but he just doesn't run around as much to give him higher a value.

Def - 77 - I don't think he needs any more, the actual value just seems like overkill in my opinion.

BC - 81/82 - Small change but I think his touch is slightly better than 80, he has a pretty graceful touch, the ball rarely bounces of his foot when he tries to control it and he's pretty adequate at controlling difficult balls.
Top

I've never really felt the need to get involved with the online debates. You guys usually do a great job of sorting out the stats of players. However I just read the comment above by ferge and I have to say I disagree with most of the suggestions. The thing is if you change him down to the stats recommended then you get a very different player. However I don't think the change in football system has been accounted for and his gradual return form. With that said I'll try to explain my point of view on each suggestion.

Res - 84/85 - I agree that he doesn't find himself in the positions he used to, but this is part of he way Liverpool play now and not down to a reduced ability. Yesterday the game against Newcastle Lucas was fantastic at responding to the positioning and passing of the Newcastle midfield. Which allowed Liverpool to dominate the midfield, recent games have been similar too.

EP - 76/77 - A slight reduction here would be fair, although we should consider that this might be down having missed the better part of two seasons. Personally I would say 79, 76/77 is too low, imo he is not that sluggish. Although he did get caught a bit yesterday, however he was able to recover and burst into a safe space, out sprinting Cabaye I think. Who is also 80 for EP, so maybe no reduction at all, at the most its a small difference.

DS - 73/74 - This is definitely down to the way he's been told to play, Allen did the same most of the time when he played that role. Its about moving the ball about not dribbling. However doesn't mean he doesn't have the ability anymore. If you reduced this down he'd far slower than he really is when he has burst out of trouble. I refer back to the Newcastle game, 78 is accurate.

Top Speed - 76 - Again disagree, he managed to track back with several players yesterday, who he wouldn't be able to follow if 76 was the number. And he would certainly fail to pressing as effectively as he does in real life, as he wouldn't get to opponents quick enough to close down the shot or block out the pass. Imo he isn't any slower than before.

Def - 77 - Lucas's positioning is amazing for a defensive midfielder, and his covering is fantastic. Defensively he has been a rock in the last four games, even in the Chelsea were he kept Mata quite most of the time. Not an easy task. He deserves 80 based on his recent performances, and the fact that this is what makes him such a good defensive mid in reality, and why Liverpool missed his so much earlier in the season. He allows Liverpool to dominate the midfield, and is a strong component in nullifying the attack. Why else would Liverpool have the second best defensive record in the Premier League? A good defense is only as good as its midfield protection imo.

BC - 81/82 - I can't say I've paid a huge amount of attention to this. But now I think about it his ball control is graceful and his first touch is very good.

Anyway thats the way I see it.

Thats far better than Scott Parker and Zabaleta, who are both on 78 defence (although Zabaleta is a right back). In fact this information might warrant an increase in Def when you consider he's spent most the season coming back from injuries. Although I think 80 is fine for now, as I'm not going to suggest an increase purely on stats. Although when you consider Liverpool have average possession percentage of around 58% then those stats look like a lot of tackles.
Top

He's still brilliant defensively, no chance DEF should be lowered in my books.
Top

no posts in this thread for almost a year... but, the guy is awesome, he is the main reason Liverpool play better nowdays..
Top

no posts in this thread for almost a year... but, the guy is awesome, he is the main reason Liverpool play better nowdays..

Completely agree with that. I was just checking out the top defensive stats in the premier league this season so far, and if you look at tackling Lucas tops the table with 4.2 tackles per game. That incredible considering Clyne and Matic are below him, if Liverpool had just bought him for 20Mil people would be raving about how good he is like Matic, and he's not english so they don't make the commotion that they do about Clyne (who is also incredible, Arsenal bought the wrong right back there). His passing as been better as he's had more time as well, along with attacking positions. He seems to occasionally swap positions with Gerrard sometimes now. Anyhow it looks like he has finally got over his injury and adapted to the new formation. Should we consider updating his defensive stats? I know its high already, but its like having Vincent Kompany in DM. He really has been that good the last few months.
Top

I think current set is just fine, his good games are jus justifying these stats, no need to raise them more.
Shollym Patch PES6: