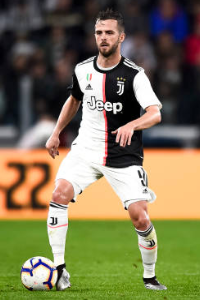 Plus, Juventus stole him from Rome

Anyway I still see him with orange Technique and Curl
Top

Plus, Juventus stole him from Rome

they didn't buy him just because of the price tag, he was a world class player in Roma, best midfielder after Pogba that season in serie a, only player along insigne who had double digit number of goals and assists, most chances created in whole league and one of the best players overall in Serie A + Juve just sold Pogba.
Obvious choice was to go and get next best midfielder in the league and Pjanic was easily that guy, not only was he capable of filling up stats like Pogba, but he was capable of playing Pirlo type of game as well.

His resp and stamina need to go up, he aint no Pirlo ghost DM, he bitch on opponents ankles and intercepts. Will back it up when my database is loaded, but so far is very clear to me that Pjanic is underrated in tenacity and Khedira and Matuidi overrated, especially the german.