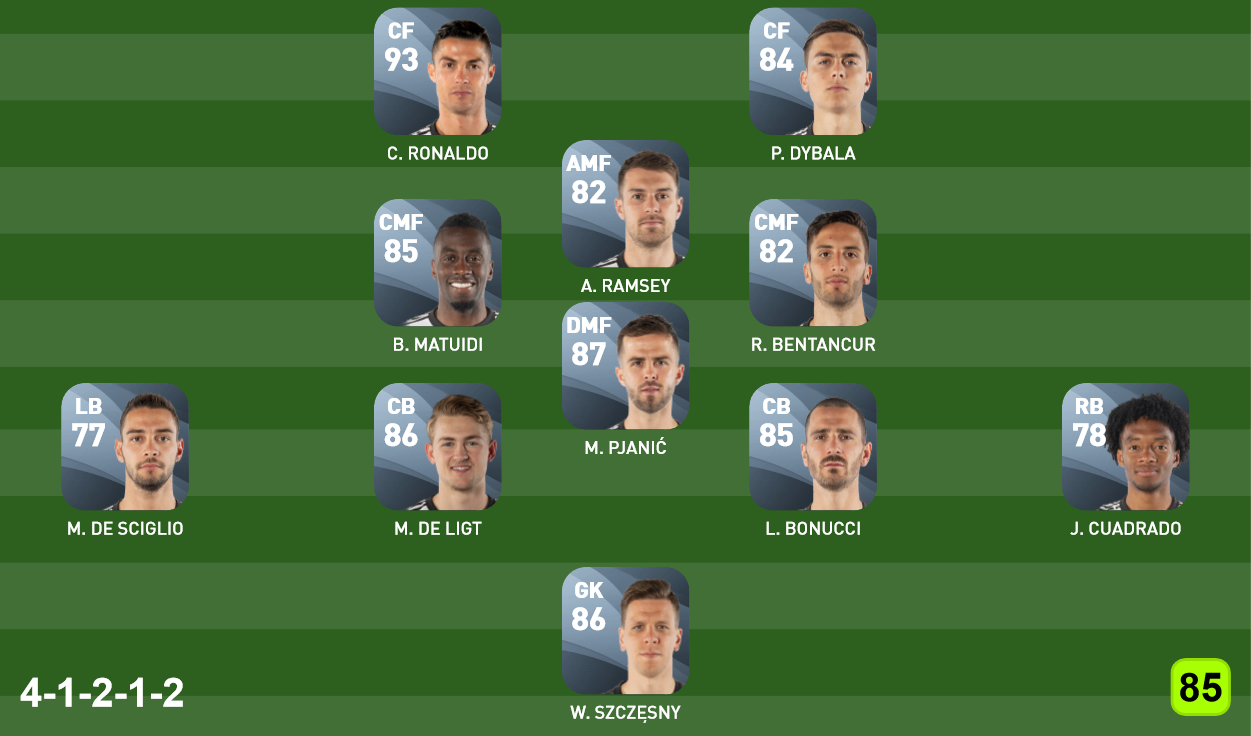 Thoughts on the sliders? I'm not that good with that stuff..
Top

When i started Pes 2013 i got very frustrated with the wing backs, they just would never act like theyre real self counterparts ! I hate that. I know how crazy this could sound, but after all juve doesnt play wing backs...When juve attacks, Kwado and Lich/Isla play as wingforwards, you can always see them standing beside the sidebacks of the opposition. And when Juve defends they turn into sidebacks, leaving all the pressuring to juves 'trivote'(marchisio, pirlo, vidal )while the rest maintain the order and get ready to recover the ball when the mvp bothers with their pressure. This is Juve's secret, this is Conte's model, and when i first realized it i thought "lol, after all, conte has used his beloved 4 strikers since long ago".

Its a little tricky to replicate it in game, but i have come to built a mechanism that represents it way better than the 3-5-2. Now, its clear konami gives 4 tactics, and juve needs at least 2 different tactics as to represent their defensive and offensive shape. Another thing is, how to utilize both types of tactics simultaneously given Konami just limits us to change of tactic to the next at the right. Therefore i duplicated the tactics sandwiched so we can do it infinitely. I chnage tactics with the right arrow btw*

The dinamic transition attack to defence gets some time to get used but it isnt difficult, here is how tactics will look like: 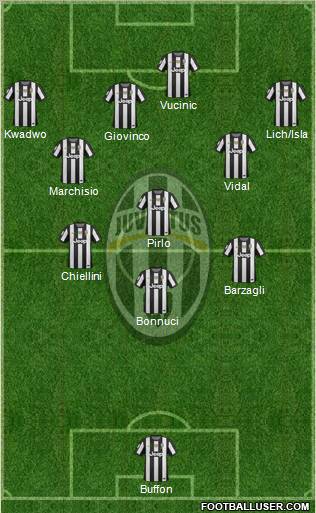 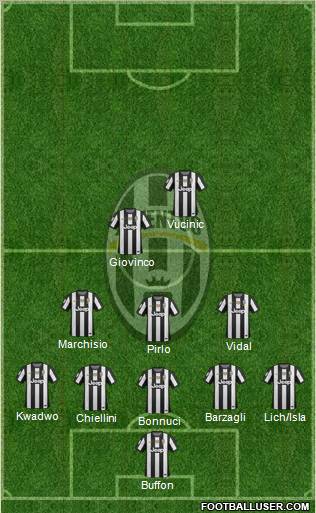 And when on the last tactic you just press again the change of tactic button and youre back again with the first formation, thus its an infinite dinamic

The only thing that bugs me is the centre backs, Chiellini plays extremely high besides Pirlo and barzagli sort of as well, this is to maitain compactness and intercept the counter attacks. I havent replicate that high position barza and chiello take yet. Finally it would be no crazy to give WF's and SB positions to the ones that needs them for this formations

yeah i've been doing that since ages now (read PES 6

), that's why my favorite team in PES is Tottenham! they have the most dynamic players that it's unreal. and i use the same tactics as well. i use a 5-4-1 which changes into a 2-1-3-4, it's kinda tricky but it's mostly the same as this, it's great that PES can enable that but it's a shame that people rarely use it...

EDIT: Giovinco plays as the forward and vučinić is the one who plays behind him, try putting giovinco as the SS but to be positioned almost at the end of where the border for the SS position is, almost at the 5 yard box and play vučinić as a SS near the 16 yard box, trust me, works much better

position switch should be 20

thanks, but bonucci should "up" and "down" not "left" and "right" as he occasionally wanders forward but is primarily positioned to function as a ball playing sweeper and you got that right by giving him "high" def workrate but the arrows might interfere a bit

updated. I hope you like the additional informations I added to the first post, looks very complete now, with subs and reservers. I think I'm gonna create a template to be used globally.
Top

Updated with the definitive formation. I recommend everyone to use the custom sliders, I created them by myself and I'm really satified about them, it looks to watch Juve live on the screen.
Top

what about team style? the previous was this: http://i.imgur.com/8LGb5Nb.png
Top

I've added sliders and piece takers too in that pic >:(
Top

shit my bad....i though that you left that as a mistake...