Nicknames: The Whites, United, The Peacocks 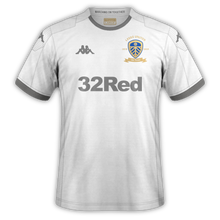 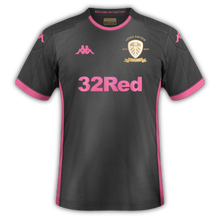 
Classic Versions of the Team:

Vickingo wrote:You know I just follow them for Bielsa but man their defence is just terrible, just throwing up balls and missing easy passes everywhere. Bielsa just pick a good and young couple of Cb's to play EPL if he wants to survive in there in case of he gets promoted. Otherwise if he keeps that defence and that keeper he'll be easily killed.

Martinez Quarta and Foyth could be a smart option if he wants to renew that defence tbh. Also he should get a goalscorer upfront ASAP.

You know Bielsa was like the reason I started following the Championship Before finding Sheffield United and Chris Wilder last year so I get that. Liam Cooper has regressed a little and I’m thinking a slight decrease for him in defense by -1, nothing drastic. They have some consistency issues. A big thing to note is that they don’t really have a LB. Dallas is a proper midfielder by trade and Alioski is a SMF. Dallas is given this unique freedom where he will often go then play as an AMF and Leeds with 2.5 players at the back (the CBs and then Ayling when he is around and not bombing up the flank) so they’re susceptible on the break. This can get covered with the speed of White and ability of Phillips to go break up play quickly before danger arrives. This will get punished at the next level and needs showing up.

Mentioned this in Ben White’s thread, but he’s like 95% likely gone for good at the end of the year. Loaned from Brighton who will either sell him for a lot or keep him. Cooper is a solid second best CB at a club but he isn’t great at being the best of a partnership if that makes sense. Berardi has been good this year but he’s about to be a free agent and too wild to be a starter. They’re linked with some Championship CBs and depends on the financial situation what they can secure. The EPL money will certainly help a good deal. To me, they need to secure Jack Harrison for sure since he’s grown a lot and adds other elements and then they’re probably having to get Augestin on the permanent deal - which I don’t have too much input on him yet but he was highly rated not long ago in his career. Keeper is the other absolute necessity as Kiko is Kiko. Could be some loan options at worst, but Bielsa really likes a keeper that can play with their feet... someone like Zach Stefan would be great on a loan tbh. The French kid Meslier has gotten a little shakier but has shown some real class on the ball, but still getting a read on him as an actual shot stopped. His display against Arsenal in a cup game was really impressive but against Hull he literally faced one shot on target that I just saw again as a replay today.

Big summer where we will see if they do what it takes to make the investments to make their EPL return last more than a single season.
Top

KEY:
A - Very accurately rated player and/or heavily discussed by many members
B - Accurate set, details/a few individual stats may need to be re-examined
C - Rough set of a player, highlights main qualities, details might be off or inaccurate/Outdated set
D - Very rough new set/Very outdated old set/Use at own risk
X - Missing

What a first game, should add though lot of the players are A, in most cases I see them being in line with updates as they prove themselves in the coming weeks
Top

BigStu wrote:What a first game, should add though lot of the players are A, in most cases I see them being in line with updates as they prove themselves in the coming weeks

100% agreed. I’ll be watching closely as well. They were A compared to Championship and the needed moderation with that. Now, they’re in the big leagues.
Top
Post Reply
44 posts