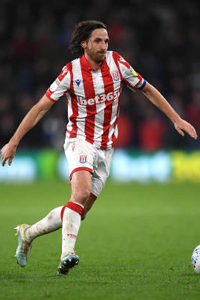 He can play as AM, and DM sometimes

His agility (and possibly DS and DA) is underrated here guys, i've been watching him closely as of late, and i am really impressed by him ball at feet, i'd say, agility 84, DA 81 and DS 82/83 would be good for now...thoughts?
Top

Fiddy wrote:His agility (and possibly DS and DA) is underrated here guys, i've been watching him closely as of late, and i am really impressed by him ball at feet, i'd say, agility 84, DA 81 and DS 82/83 would be good for now...thoughts?

This guy is the next big thing. plays for the team, smart, Fast, agile, and technically speaking more than averagely good, I think Fiddy suggestion's could easily go even higher, if he only played on a big team...

What do you suggest then?

forgot about him, Ill see what I've got for him and few other swansea players
Top

mainly that for now, sorry for the un-elaborated post, i'm in a rush.
bam!
Top

here is cale set (i would quote it but ass is locked :/ ) got some good points. I think his speed stats are spot on, though not sure about decreasing ds to 81, i have seen him running with quite fast with the ball, with the lower speed stats i would keep ds at 82.

agree on Def/Ment/Spa/ST/SA. And I am not sure but Agg/Jump/Head/Sps (usually pretty low paced passes... but capable of picking up some long higly paced ones... not sure, just 1 point though

Dont agree in Tech, his touch is really good, cant see it under 84.. same for Da. And idk, i think he is definately higher than 75 Res, that would put him under iniesta and Xavi, and from what i've seen allen defensive work is more and better imo. would like to hear the reason behind it
bam!
Top

At least at Swansea he deserved []Talisman, almost the whole team went forward for attack whenever he had the ball on his feet.
I don't know if Allen will keep this style at Liverpool. Let's see if he keeps that style for The Reds, or if changes his approach to the game like Charlie Adam did (he formerly had []Talisman at Blackpool but then he lost that style/card at Liverpool).
"Willy Wanda is Chinese!!!"
Top

This guy's settled in perfectly.

actually him and Borini are the only one who get Rodgers at this point ... they are settled ... the rest need to get it

this guy is just different class.the way he build up play from mid-field and carry it to the forward line absolutely mesmerizing. so calm,collective and always shows unbelievable anticipation.
vamos arriba la celeste !
Top

That is true Tasmin, he's very intelligent, always thinking about making the best attacking move, pure class, i would ask for and update after 15 games maybe, not yet, but if he continues like that he will become one of the favorites of liverpudlians no doubt.
Du wirst nie alleine gehen, ies ist Anfield
Top

WFA and WFF both aspects in 6, when i see my first time i expect that Allen is a left foot player. xD