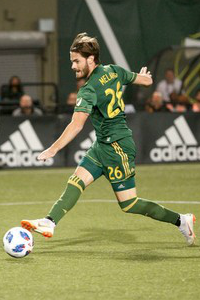 Indeed, but this guy is a speed deamon, he made look Villalba like the piece of shite he's or even worse in terms of speed; specially with the ball, he's just sick at it.
Top

and one day came back the old melano, what a crazy match he played, did all good, he was too much for the whole defense of gc, showed crazy acc/speed, great da/ep and scored four goals with great actions there.
seems he likes play in the middle of the pitch cutting to the sides to create some spaces for him and his mates.
Top

his first touch isnt good when the team need it and his short passes arent good too, that is one of the big difference between he and silva. He is dynamic and he is good to play as a float ss but not takes great advantages of his opportunities.
Top

he signed with Portland Timbers _ame
Should i move to non af?
Top

Paablito wrote:he signed with Portland Timbers _ame
Should i move to non af?

MLS was moved to CONCACAF section, so you should move him there.

Paablito wrote:he signed with Portland Timbers _ame
Should i move to non af?

MLS was moved to CONCACAF section, so you should move him there.

Krikey! Great composure with that goal.

I can't find it on the internetz yet, don't know how people find all and link all the great goals 5 seconds after they are scored..

move him back to

he is been playing as smf here displaying great great things in that position even now is more impressive his speed, being muuuch reliable than others natural smfs in the team. He has great stamina to be supportive and annoying at the same time, running the whole flank the 90', he moves with criteria in the left side despite of isnt his natural position. Great great player, just he must work his decisions in attack to be more dangerous.
Top

he is playing with otero both as ss and making a huge effort trying to be anywhere, his physical condition looks amazing again, can support easily the full 90 and helping in the high pressure of the team and when the team has the ball he is pretty dangerous making incisive runs with his speed altough he aint an intelligent striker and also his shooting abilities looks pretty meh, definitely he is worst than this, and imo he looks sa>st his technique at shots is non existing.
btw for now i added smf position and def awareness in 2, some values must be higher - sta, probably his agg and def - and some must be slightly worse - da, shooting abilities - but the set is pretty well done.
Top

He cant be so bad in front of the goal, his stamina is endless as well as his final pace but the other areas to be the only striker in the starting xi are really rough, he cant shot properly good, he cant be dangerous by himself and by his own moves. Imo he must be the smf and otero the ss, meh i dont like how plays.
Top

The way he has been described here he seems to have the qualities Savarese likes in Polo at SMF, a speedy worker who does not need to have a great cross, I'm curious why he does not get starts over Polo - who I think is rated well and seems inept compared to Melano.

Melano has mostly been a sub off the bench and often as the lone forward (can't say if its CF or SS), sometimes more clearly a SS in a front forward pair, once played AMF and a few times SMF.