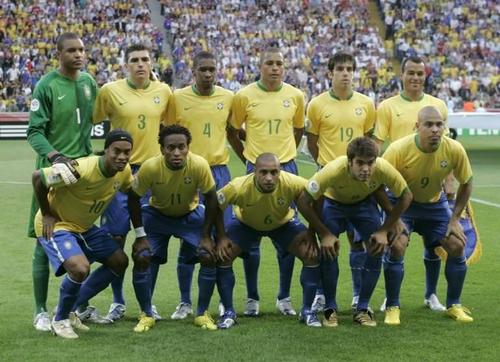 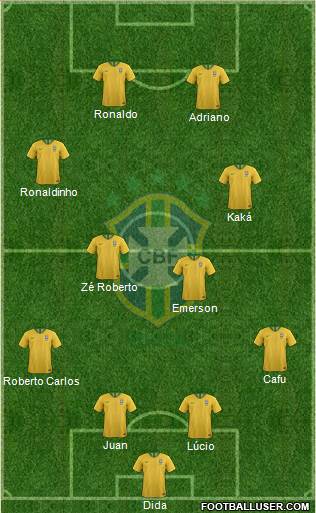 It's Juninho Pernambucano though (the free kick maestro), not Juninho Paulista at the #19

Edit: thanks a lot, Albo!
Such a shame they played unconvincingly against France, true to the title, this team should have progressed much further considering the quality roster.
Last edited by Ryuu on 2018 Jun 17, 14:35, edited 1 time in total.
SEMETON DEWATA
Top

Sorry about that, was a remnant from the 2002 squad Anyone think they may have done any better if Edmilson didn't get injured going into the tournament? .. Then they could have kept the same system that won them it in 2002....
Top

Was not Emerson their captain in 2002 injured just before WC? So Gilberto Silva was drafted(an unknown at the time), I am not sure but I think I read once that the 5-3-2 of 2002 WC was sort of Scolari working with pieces available, it was not problem free setup. As I recall though in 2006 season, Roberto Carlos and Cafu were still very good fullbacks compared to many, but they both were in their mid-30s and had lost a step and some of that boundless energy that gave that 2002 system such dynamism, not sure it would work with out them on top of their games.

Besides the most critical piece was missing Roque Junior xD. This team had too many problems upfront with Adriano out of form, Ronaldinho on the cliff of a massive decline (a bit too puffy from party mode), and Ronaldo a bit too fat - can't compare that to the in-form trifecta that was triangle hair Ronaldo, Rivaldo and young smiley fit Ronaldinho. This team had lots of name power on paper, but it had a bunch of problem areas that needed to be cleverly worked around, instead they tried to play some 1982 version of the best Brazil team ever and got found out by a France team in form.

Even with Edmilson, the 2002 system would not have saved them I think.
Top
Post Reply
5 posts • Page 1 of 1