thanks, I was waiting for this stats

Confirmed he is loaned to RCD Espanyol

it's cool he deserves it
Top

How is he playing on the low number of minutes that he played?
Editing La Liga...
Top

Markulur wrote:How is he playing on the low number of minutes that he played?

Like Roncaglia he has some doubts in the first match against Bilbao, that brings him to the reserves, but his nice second part against Villarreal brings him another oportunity to play in the starting 11 against Tenerife and he made a very nice job in the right side, stoping Kome and going forward often, I prefeer Pillud than Roncaglia in the side, the only thing that I think is that him is a bit faster, but I need to see him more matches too

His performance in La Liga isn't so good like Espanyol expect from him. He is surpassed in the right back for Chica and Roncaglia.
I haven't seen him enough to make big changes, but the only thing that I can change is delete *Dribbling special ability 'cause he doesn't dribble so often and so accurate to deserve this ability and I put to him *Side, more proper for his style of play.

Well, Banega was the main character of an equal success and actually is doing a great job in La Liga. I wait that Pillud follows Banega's style

I think that he will return to Tiro Federal, he plays 10 matches
GRAZE MILLE ENZO
Top

Are sure of 7 in Condition?

I always think that he seems he: 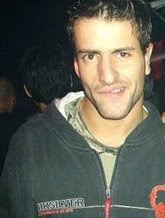 Changed to the new format