Good luck for him.
Top

Signed for DyJ after a great seasson, even scoring some goals. Darío Franco directed him in Aldosivi and now took him to DyJ.

Probably was one of the best sb in Nacional B even playing in a very irregular team, is average in his technical skills but is very energic and has a great mentality (showing this now and in 2012 in SL). I suggest 78 ment, 86 in sta and form 5, probably is a bit better in other areas but we can see him playing in first division and judge better.
Top

i heard that, too, but i can't find some official source. i didn't saw so close, i wouldn't touch the set for now.
Top 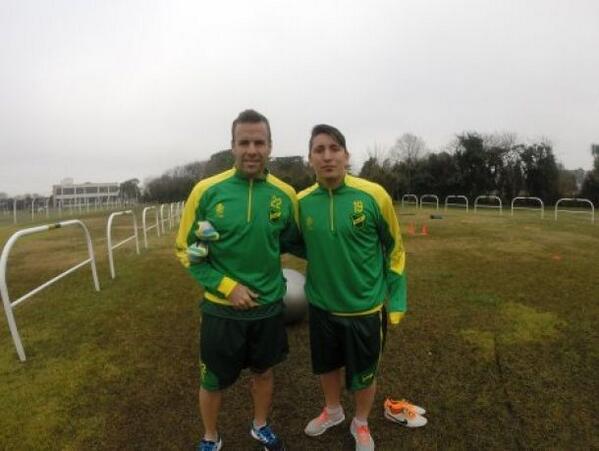 Paablito wrote:i didn't saw so close, i wouldn't touch the set for now.

Do what you want, I saw him and I only suggested that.
Top

Hes pretty energetic on his side, likes kick many ass, did not too clean tackles but is good to be a sb but not too technical guy.
Top

i would like reduce his def and increase his bb and ment here, his resp maybe could up some points, he likes cut the ball away from his box but has some dummy movements in second balls, i have doubts if he deserves more att awareness and agg, and seems ds>ts but both should be in green zone, and his da is white, he has not much ideas how hold the ball near to his feets and probably his tec too.
Top

I agree, specially in ment (needs a very decent value here imo), is the typical fighter player that goes to every ball with great spirit, technically average but with great attitude and stamina.
Top

he looks so great at physical condition right now, much skinny, faster and better with the ball. He is in his best since a while, looks full of confidence with the ball, aggressive and move with criteria in attack - soemthing unusual on him

Terrible player, probably the worst players that have been playing in Independiente since promotion. He didn't show a single virtue and he played a quite good amount of matches to do it...his technique is just disgusting, seems an amateur player on the side. He always looked nervous and without any kind of intelligence to play the ball...it's like sometimes he really doesn't know what to do with the ball.

His tech looks like -10 points, the ball literally bounces at his feet and sometimes even goes out to the throw up cause his awful control of the ball. He's probably faster off the ball and his defence even worse as well as his TW, anything making him good in defensive actions should go down cause he just sucks at it. In attack he isn't better, he can overlap sometimes but his teammates decided not to use him cause he messes up 95% of times.
Top
Post Reply
33 posts