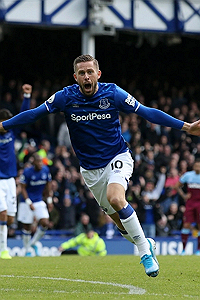 Horrible defending from United there.
Top

all in all he wasnt that bad in this game. he also had another really good chance. And didnt he also gave the assist for Ki's goal?

EDIT: Monteros Cross in the beginning is just beautiful!!
Top

His volley-goal against the Netherlands, in a historic 2-0 victory for Iceland: He's merely a 4 when it comes to Form. It was even worse some months ago, but once Paul Clement became the boss at Swansea, Sigurdsson has gradually regained consistency and importance for his club.

Indeed, Clement has provided a fresh breeze of air with his tactics at Swansea. At least, their defensive movements look more solid and they look a bit more effective when attacking. A totally different style if compared to Rodgers' era, but it could still be good enough to help this club to avoid the nightmares of relegation. Clement exceeded the expectations of most people at Swansea; he wasn't really succesful at Derby County, so he's been like a surprise package so far in the South Wales Coast club.
"Willy Wanda is Chinese!!!"
Top

Surprised at some of the numbers in this set, needs a raise, in fine form now
Top

Yep, a totally different player (for good) with Clement as manager. More involved in all building up play, possesion phase and finishing the display by himself overall. Not playing just for his own glory as he used to do at times.

It is unlikely that Paul Clement will be chosen as EPL Manager of The Season, but he'll certainly deserve a nomination if he keeps Swansea with its Premiership status. Impressive, considering how poor they were with Guidolin or Bob Bradley at the first half of the season.
"Willy Wanda is Chinese!!!"
Top 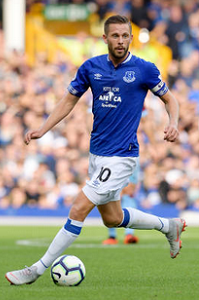 Unfortunately this guy has been THE biggest loser of the appointment of Ancelloti. He’s shoehorned into playing out wide as a SMF, where he’s definitely not athletic enough to succeed, or as a CMF, where his defensive inadequacies are exposed and he’s been regressing. Physically, he’s been going south for the past year or so and struggling to stay in the game all game. The biggest change is that he is shying away from the ball more than ever and just getting 2-3 chances a game, often off free kicks, and little more. His passing isn’t as incisive and accuracy has been a knock off his old levels for long passing, although the speed is still fantastic. He hits the piss out of the ball.