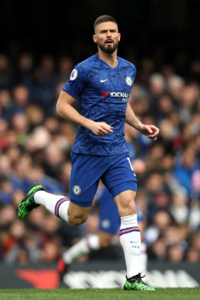 Still think he is at least an 84 technique. Sure, he is inconsistent, but I've seen too many examples of great trapping from him this season for him to be this low.
Top

I mostly agree with that.. but i thought the same and then saw him go on quite a run of poor touches when i thought of giving him 84 tec a few monthes ago, I'll give it to him, but remain wary.
If you don't put effort into your post, i won't put effort in my response.
Top

Quality goal to put Arsenal 3-0 up against Man City in the Community Shield.

kinda miss this guy right now... with alexis playing as he is doing it, giroud could be 10 times better than welbeck as a partner. anyway, theo is coming back so let's wait what happens then.
Bloody Curse!
Top

great day you choose to be totally crap, you prick!
Bloody Curse!
Top

89 BB seems too high, he seems to fall easily almost... everytime. If he has to shield the ball he is almost bound to fall somehow. 82 ST also seems a bit too low for him, he deserves 84-85, i mean he already has form 5 and a low mentality for inconsistency. I know he had a dreadful game against monaco, but before that game his finishing was quite good in the P.L, especially from tougher angles (he has taken his chances way more than Welbeck, and the latter is rated at 84 ST, i see a similar ST in both aswell).
Top

i've always tought that if he has something good, is that he is phisically dominant, never seemed weak to me when he is fighting for a ball, he knows how to maintain the defender behind him to pivot, and is really dominant in air.
Bloody Curse!
Top

he is in a fantastic form right now, but is still believe that he is one of the main reasons arsenal was eliminated from UCL, such an awful game at home... by the way, the second goal today was an example that he can manage to outmuscle most of defenders and that his BB is one of his main atributes
Bloody Curse!
Top 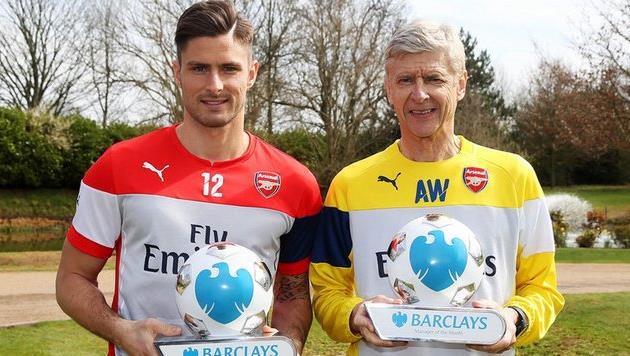 Player of the month in the Premier League in March.
Top

in front of goal, or doing the last touch to score, he is just a monter, as dangerous as some of the best players in football history. But when it comes to make right choices or do the right pass or anything outside the box, he is plain shit! he doesn't know how to link the game, he is slow and nimble, and as i like him and respect him, he is not what arsenal needs to win titles.
Alexis makes the difference but we need someone that can score even when the team or alexis isn't appearing, and there are world class players that could come.
Bloody Curse!
Top

I really think his shot accuracy should be higher...Somewhere around 84/85.
Top

seemed stronger than Ron Vlaar today , IMO he deserves orange BB .
From the world of darkness I did loose demons and devils in the power of scorpions to torment.
Top

Why was SPA lowered? Anyway, I'd bump it back up to 80 personally. I don't really like his TS being so close to yellows tbh, we all know he isn't the quickest and I'd bring it down to 75 or so, I don't think I've ever seen him outpace a defender. His first touch has impressed me again many times this season, he can really kill a ball dead and is capable of brilliant touches. I suppose he is quite inconsistent, but then again so is somebody like Neymar and he is on 90. I haven't been closely looking at SA but he seems better than this to me, probably around an 83 from what I've seen.
Top

What the hell is he doing on Bordeaux? O.o
Well, his SA was downgraded because he was terrible at finishing last season. Maybe is just me here, but i feel everyone is too generous with SA in general, so we end up with players who are just "alright" in SA, having numbers like 85. If he is terrible, he is terrible. Maybe the downgrade was too harsh, but i really don't see him beyond 81.
Totally agree with TS, i have him on 75 since months ago.
Top

His SPA was lowered because with 81 he made just too many good (and great) passes to the wingers and all, but in reality he fucks it like 80-90% of passes. If you analyze him, you will see he mostly does as a pivot, he trap the ball really well and maintain the possession and normally he passes to the side, thats his style, thinking in that he shouldn't deserve yellow SPA, almost always he tries forward direct passes he gives it bad, too strong so his teammates can't catch them or too weak so the pass is intercepted, or simply plain awful pass.
About SA, its probably one of his weakest attributes really, just how many goals with his foot have you seen? now, of those goals, how many of them have good accuracy? then again, if you analyze him, you'll see he scores mostly headers and first touch goals, when he scores with his shots, is because he puts mostly power rather than accuracy. I may be wrong and i could have been a little harsh with him, but it works really well in game. he is a monster in the air and can anticipate defenders effectively, but his shots are awful (just like reality, when i remember how many games we could have won if he was a better finisher...). That's my view, it's up to the debate.
completely agree about TS btw
Bloody Curse!
Top

I'm not 100% sure on shooting as I have never really took much notice of it, I've just always seen him as a pretty decent finisher. I do remember actively looking at his passing for a while though, and in my eyes he shows far too much intelligence and invention in his passing to be on 76. You are right that he fucks up a bit, but he plays really intelligent interplay and through balls pretty regularly imo. His first touch passing (even if he already has 1-touch play) in particular is strong and he will often play with his back to goal, as a pivot like you say, and show great vision and accuracy with deft through balls to wingers and midfield runners. He is very quick thinking and inventive in the box, I'd personally have him on something like SPA 80 & SPS 67-70 to limit his range but show his passing ability still. You probably watch him more than me though, but that is always the impression I have had of him.
Top

Well i was waiting todays match to answer you and happened exactly what i thought. he may seem as a great finisher cause of his acrobatics shot here and there (like today), thats why i gave him a good ST and maintained a decent KP, those two stats will make him a decent finisher at least, giving him more SA would be overkill i think. About his passing, today again was an example that he isn't really great at passing, but you may be right, thats why someone updated him with yellow SPA and a real low SPS to emulate his erratic play style (it was vinnie i think), i may bring those values back again as i don't think those variation affect too much his game.
Bloody Curse!
Top
Post Reply
236 posts