Yes it is a mistake. He plays only left side. Thanks

Moved to the French Newcastle Team

He also left his former club (who is stupidly selling all his player and will not fight the next six months to not be relegated), he was the best young players since a while here. Very promissing sideback, fast, good dribbling skills, he's able to run a lot and help on offensive and defensive actions. Let's see what he can do in a better leagues and team.
They have eyes but cannot see; they have ears, but cannot hear; they have tongues, but cannot speak. They are like cattle.
Top

He's not proven to be anything other than a liability defensively for Newcastle.
Top Massadio has been called in November 2018 in Mali national team (source), but was unable to make his debut due to injury. 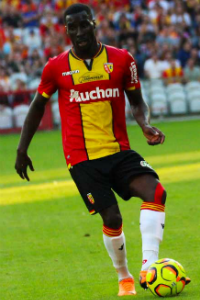