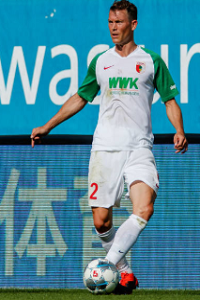 ...and also i'd like to discuss the potential addition of the *Dribbling star and *Lines star as it would definitely suit his style as he's always running on the opposition D and never ever has been caught offside and would help him be more aggressive going forward combined with *D and *Reaction.

I want to add reaction for the reason of the trained play when Pirlo sends a diagonal ball towards him in the box and he perfectly times his run to beat the defence and scores a light volley-tap-in. examples of this are his debut goal against Parma and the goal against Atalanta.

gave him an update based on prior suggestions and agreements and some slight tweaks.

Im nearly sure his teamwork is better than this, more than aggresion, its support what he gives... For comparision konami just made an update, and if im not wrong, it changed some players stats as well, one of them licht. Now konami's set plain's the stupidity in general lines, but they highlighted his teamwork as of the bests in the game, which imo its true.

We all know he is one of the best sidebacks out there even though he lacks a lot of technical attributes, and even though he have good defensive skills and physically great, this set still doesnt convince me he is of the bests, because one of the most important stats on a sideback, which is teamwork is not well rated IMO. This is his trademark his 'support', whenever pirlo raises his head looking at the right side for a long ball, he is there...whenever the right winger has the ball( even with the 4-2-4 at pre season ) he gives support playing at his back and doing runs...whenever he is needed to defend, he is ALSO there, he is everywhere he is needed, always. I believe konami value its closer to licht( 85 ), other than that this set is perfect to me
Descansa en paz Chucho
Top

i'm really thinking of bringing his DS by a few points down as he hardly keeps enough pace on the ball to warrant an 86 given that he's an 85 in TS.

also, his long passing is utterly disgusting, he's failed miserably this season to give any kind of crossing support (accuracy wise) and surely doesn't warrant a green number for LPA and his crosses vary in speed, most of them are kinda floaty but some of them are struck quite hard, but again the floaty ones are more often so i'd cut his LPS to an 80 as well. and curling could come a few points down as well, no curl whatsoever on his long passes as they are mostly straight forward and when crossing near the goal-out line they mostly end up, well, in the goal-out line mostly because of the lack of curl he puts on them.

And lastly, TECH, my god, how often have i seen us losing possession on a simple build up play because he made a stupid trapping mistake, an obvious example of this is a simple pass game in the backline and then Pirlo/Barzagli/Bonucci/Vidal passes to the right flank (to licht) and he simply stumbles on the ball or takes a heavy touch which results in a turnover of possession...

i agree with crossing, but not with DS, he is very fast when playing SB, wingbacks dont have to put any pace on the ball, even less in juve, sidebacks however do use a lot of pace, when getting the team into the opposition half, and its not any easy for a bad dribbler to use his pace on the ball, rather hard and unusual.

Also can you explain me the jump value ?, given the fact he is one juve best player winning aerial duels. I also insist with teamwork
Descansa en paz Chucho
Top

you know what? FU! i just started to read my book and then a wild notification pops up on my phone saying that someone posted a reply in the Juventus Forum!

anyways, i'm fine with a bump in TW to a more reasonable 83, but wouldn't go any higher. and again i have to insist on DS to be lowered, he just lacks the proper ball handling technique and is really sloppy when dribbling it's mostly chasing the ball rather than actually running with pace on the ball, it's kinda like tapping R1 all the time when he's running...

he might be one of Juve's most imposing players in the back with his aerial presence, but don't forget that the opposition which he faces most of the times are midgets and wingers which are mainly pretty weak and non-present in aerial duels which makes his job considerably easier.

also, do you have any thoughts on what i wrote regarding TECH?

i was updating some values in my OF and find some incoherences....maybe we can go with some pending update in here ? how about the following numbers:

Would go with konami teamwrok as they know more than us, and I insist he is very supportive in every moment. btw where does this SP comes from ? not complaining, i simply dont remember. It's very seldom to see a fullback like him try a shot from distance, i guess some fullbacks should start decreasing too as part of new standards.
Descansa en paz Chucho
Top

yup, gonna fix some things in the morning as i just came home and it's 4 AM...

EDIT: btw agree on what you wrote

btw, i'm quite sure that he needs that RES 83 which KONAMI assigned him, i'm playing with the default set and i have to say that it kinda feel right...what do you think?

i'm not really agreeing or disagree with that TW but....
it's a bit wrong give such a boost in terms of TW without touching Stamina...
he simply wouldn't be' as effective through the 90's....
i'm not testing but should be around 93 stamina with these?
Saving Private Adrian

no need, the KONAMI one has even lower STA (not orange) and TW 85 and he sometimes finishes with an empty bar, sometimes not...i believe it'll be more than enough.

the response one is a hard one, will try it soon, but why exactly have they given him ?
Descansa en paz Chucho
Top

probably because of his poaching ability...

what do you mean with sometimes ?
anyway , an horse as lichtsteiner should averagely
and matches at 30-40% stamina imo , his quantity work is his best feature.
i'd never accept an empty stamina for a player as him...
Saving Private Adrian

i mean that sometimes with the KONAMI set (which i said plays well) he finishes the game with an empty Stamina bar.
and he doesn't finish matches with 30-40% of Stamina as he's looked quite tired the whole second half of the season and quite exhausted. the thing which you're addressing is related to the first 10 or so matches last season (2011/12) where he looked unstoppable but that faded away a bit as the season wore on...

He is to me, of the best sidebacks in defense there are, genius to defend
Descansa en paz Chucho
Top

exactly, as i said many times, his defensive abilities outshine his offensive, at least IMO.

I agree with you guys, day by day, he's becoming a good defensive full-back, Do you suggest having his defense stats be more than attack, as of late he has been played in the center back position.
Top