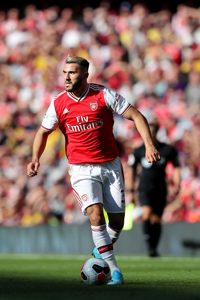 Kolasinac is a strong guy with some nice pace once he gets going, he has decent cutback passes/crosses, very limited offensively and definitely utter trash defensively, always relied on his pace and strength, otherwise he is just pure ass.

Had a soft spot for him as he's a fellow Bosnian, but man he didn't improve one bit, even got worse at everything with all the injuries he had.

Lulic and Salihovic were miles better than him both defensively and offensively if I'm comparing him to them, also he's not a very smart player.


This shitty version of Arsenal kinda begs for a better lb, as you guys said, he's an everton level player, Everton is barely worse than Arsenal, so i'd say no, he's current level Schalke player
Top
Post Reply
41 posts