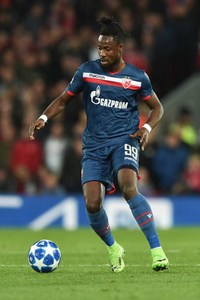 EXCELLENT! i was planning to post him as well and i'm quite glad that we share an almost exact view of him

He going to Sassuolo in loan: http://www.juventus.com/juve/it/news/me ... agosto2012

also first goal today was nice, showed quite a good touch to control the ball and a cool finish. the second one was a nice placed finish from outside of the area to the down left corner (goalie's down left).

Yep, great trapping in the first goal, and very nice shot for the second one.
Top

lol this is getting ridiculous

Looks like a very good player for Roda.
Top

Moved. Thoughts about him? What's going on with his career?
Top

VUKDS wrote:Moved. Thoughts about him? What's going on with his career?

he's been really disappoiting here in Latina. His salary was like 5 time bigger than other player of the team but he never gave the contribute that we attended from him. Regarding the set, is pratically the same of some season ago i touched pratically nothing.. honestly in those two years i went at the Stadium only 2/3 times, i can say that level of speed seems a bit lower nowdays.. but his style is reflected by set, real lazy and unpresent player..fast in the long runs and useful for the counters and not more than that, technically mediocre and not partecipative into passive phase.
Top

Just came to say that he's scored a goal and missed two chances from the five meters(one due an awful court) in the first 15 minutes vs Backa. I wouldn't be surprised if he scores two more goals till the end of the game
Top

And it's not the only one from that game, he had a few touches that really caught my attention. He seems pretty decent to me so far.
Top

I've just came to say that this guy is a fucking brilliant tactically, totally nuts. It's totally wonderful to watch his movement and decisions with the ball. He is always a 100% rational, always going up with a class decision, just sick really. We are playing against Koln atm, it's just wonderful to watch how good he is at Milojevic's team. He is destroying Sorensen and team mates. Sorensen particularly, it's funny to watch how easy Boa is attracting him to come out from the line and leave an opened space. Of course, that's perhaps not totally on Sorensen. I'd say that Koln's game organization isn't good, but whatever.

Boakye has started kinda sloppy in the first couple of minutes, but he is killing it since he's scored this top notch goal. https://www.youtube.com/watch?v=v9BTReZwzDk

I recommend you to take a look at the second half, it's starting right now. Boakye is good enough to play for a mid table team from the top leagues.
Top

Köln has been an absolute flop if compared to the previous season. Setting Hector as LMF just to settle Rausch as LB is pretty nonsense, just to name an example.

Boakye always looked like a fairly good forward player to me, just with a problem of extreme lack of consistency.
"Willy Wanda is Chinese!!!"
Top

Yeah, they are having an awful results. Not that I follow them though, but we've killed them in the 1st half. It's been contracy in the 2nd haha... We've fallen apart, Boakye came out in 60th minute due an injury.

All in all, Boakye is playing like a boss since he's came to us. He's been constantly doing good. Of course, there are some flops here and there. Today he's scored his 30th goal in the 2017. In my opinion, goals even aren't his main quality. He's really great tactically in every sence. Also, he is fast and decent technically, striker with a nice instict and shot. Each of these aspects are a quite helpful and they are a bonus quality, since Boakye is a player with a really, really good sence for a game and certainly knows how to use each of them. Former coach wasn't doing really great, but Milojevic is really something and Rich is doing even better than he used to.

I'll try to make a video about him in the following weeks/months. I think that his move to our club was a smart. He has a chance to make a good transfer and he deserves it.
Last edited by VUKDS on 2018 Mar 10, 01:28, edited 1 time in total.
Top