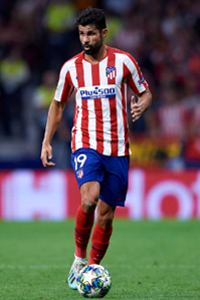 Fixer wrote:I've noticed some good passing of late from him. Nothing too amazing, but consistent and precise. He seems to be holding the ball even more than usual, he's proving to feel comfortable as an assister too, playing further away from the area but channeling the offensive play aswell. I do like his work there, in those situations he often opts for passing once he has lured 1 or 2 defenders at him, he gets away with it all the time. This contrasts with his more dribbling self, which is still there, but not as often as before. Also he may be slower than his current 86 TS. Looking more 82ish at most

What do you think about his ACC? He often strikes me as a low greens rather than the current 82.
Everyone knew it was impossible. Then came along a fool who didn't know it, and he did it.
Top

his acc is almost non existant tbh yeah. Also I wouldn't mind bringing his shooting back to values similar to those he had before he moved to EPL, about 85 SA 81/82 ST, beyond his very poor goalscoring numbers, I've always felt his current values too high. Maybe he warranted them I don't really know but it could be a good chance now to bring them down.

now banned for 8 games after the Barcelona match.

how dumb can he be on the pitch ? it's always a risk to have him on the starting line-up because you never know what's on his mind and could leave you with a player less on the second half.

leaving aside his poor decision making when facing adversities his poor goal scoring ratio leaves to wonder why Atletico score so little compared to other defensive-minded teams, most of the times he leaves the team playing without a striker taking into account how many matches he's suspended or simply limited in the match because he has a yellow card (though most of the times he doesn't care as he barks all the time and gets the second yellow) or because all of the chances he misses or is simply unable to reach for the end of the play.

hopefully his ankle is to blame alongside his "fast recovery" and next season he steps up and stops being a cunt, if not, Kalinic is gaining more playtime and Morata is showing really good performances.
Top

Gentlemen excuse but Diego Costa was injured, they did not cut a leg to him so that they lower the definition or the attack. As it can be that players like De Bruyne who is a center midfielder have more attack than the 9 of Spain that until he was injured was one of the scorers in the league. They lowered the definition as if it had forgotten to define after the injury. It should have the same definition as Iago Aspas 91 or at least 90! and the same attack as Muller 93 !. Muller plays at half-point and has more attack than Costa that can not be. I hope you consider my message. Thank you so much for everything. Greetings.
Top

Because he only scored 12 goals since he's back at Atletico (45 games), 2 La Liga goals in the whole season, he's not really that dangerous anymore to have orange attack, doesn't exploit the space created by Griezmann, doesn't threaten the opposite CB's like he did back in the days...
About Aspas, he's the soul of Celta, he in the pitch creates so much chances for them that 91 in attack is very well deserved, he has 17 goals and 6 assists (missed 9 matches for injury still!) in La liga and is way more of a threat than Costa and he isn't even play as a CF.
Muller I don't watch close but he's a genius in exploiting the defense, maybe he can nerfed or not but i don't believe that Costa should have orange attack.
De Bruyne? Attackwise this guy is a machine and doesn't make much sense comparing him to Costa because they play way too much in different positions/functions.
Top