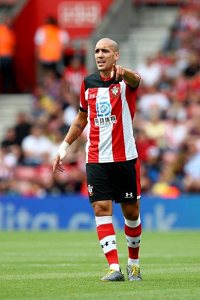 we've agree a fee for him
Top Nothing official yet, there are two FCB executives in London negotiating with Arsenal for Cesc and for Chelsea for Romeu. Villas-Boas made an article talking about why he choose Romeu, nothing more.

He wont sign untill after the u20 world cup
Top

I think it official,transfer him to Chelsea FC.

Only info from official clubs, thanks.

This guy will be big. Great signing for Chelsea. I'd suggest slight raises in DEF and TW.
Top

he really that slow?, never seen him yet but surprised a young player is that slow even John Terry wan't that slow when he was the same age

Not so sure if he's that slow, but he's a slow player. Anyway due to his style he really doesn't need much speed. He's kinda hard to dispossess. Very strong player with good technique.
Top

My thoughts exactly. Maybe not this slow but he's slow, that's what I noticed in the little I've seen of him.
You really rate him that highly Luisao? I ask because I haven't seen much of him so I don't know what to expect.

I've seen him like 7 or 8 times (in two different competitions), and he have always impressed me. He's so commanding, consistent and mature, I rate him as one of the three best youngsters outhere, no doubt.
Top

Heard he was great vs Fulham, many fans' man of the match. Hope to see a lot more of him.

A mature performance from him. Spot on, great interceptions, collected on the ball, AVB should give him more chances, he could be our Scott Parker

Luisao's definitely right about him, he's class and I love him already. He'll need a update if he keeps this up.

How is he doing? With his current set of sets I guess he wouldn't get much playing time in Chelsea's squad.. What do you think about his ATT/DEF values compared to Busquets?
Top

He's very simillar to him. He's cautious and goes for the safe pass. Keeps concentration throughout the match and shows some good physical display every match. This does not mean he doesn't have technical qualities too.

He's been doing really wel, especially when thinking about the fact how little experience he has on the highest level. Composed on the ball, good passer, moves well, reads the game pretty well and is quick to react, aggressive (in a good way) and despite being him being very slow, it's not a weakness. He hasn't played a whole lot though so I can only suggest tweaks.
I can't see more than a one point raise for his DEF right now, he definitely needs to work on his positional sense. ATT should go up by like two points though, he's not this poor in this aspect. RES could use a one point boost as well.
DA, DS, SPA, SPS could all use (slight) increases as well.. probably best to watch him a bit more.

Fixer wrote:He's very simillar to him. He's cautious and goes for the safe pass. Keeps concentration throughout the match and shows some good physical display every match. This does not mean he doesn't have technical qualities too.

Then he's not really similar to Busquets

To be honest I thint Romeu has the potential to become a much better DMF than what Busquets currently is.