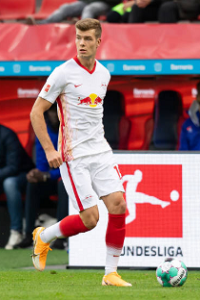 Destroying the turkish league right now. He's surprisingly fast and tricky on the ball, uses a lot of turns which is surprising for such a big guy. He's nothing like Haaland, he's harder to deal with on the ball while Haaland is insane off the ball, though he's fast when launched into space.
ST/SA are ok but inconsistent. Same with passing and first touch. He's physically superior to every defender in the league, but I think BB won't go higher until he moves to a better league. Same for ATT.
Everyone knew it was impossible. Then came along a fool who didn't know it, and he did it.
Top
Post Reply
3 posts • Page 1 of 1