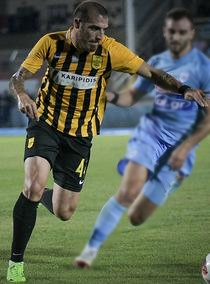 Vélez is a non traditional CB, shorter than average but hardy and athletic with an aggressive style in both defense in offense. He is more like a dogged DM playing at CB, which he has played frequently in his career btw.

He is good at biting the ball from his opponent when going 1-1 but loses a lot of his effectiveness when he has to defend other circumstances that require him to rely on good positioning and more his head in general.

You can also see influences of a more midfield oriented player in his touches and mobility on the ball which are decent. As well as the range of passing attempts he makes, though they are quite hit and miss.
Top
Post Reply
2 posts • Page 1 of 1