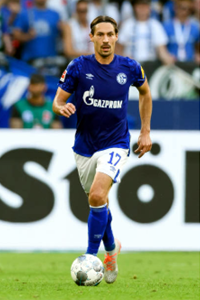 by Fiddy
Isn't his main position DMF* ? besides, he seemed a bit more technical for a defender to me than this, maybe both DA and TECH at 75?
besides, he is quite responsive to loose balls, i have him at Response 81, and finally, he has quite a good leap on him, i have him at 82.

by Adrien
Done with Attack raise to 65

by edgar 12
A little high Agility for one DMF/CB i think.

by PIPA23
he is Ligue 1 best tackler (surpassing Gonalons, Toulalan etc ...) with 215 interceptions.

by judas
BENJAMIN STAMBOULI SIGNS UNTIL 2020
Transferred from Tottenham the French midfielder signed, this Monday night, a 5 year contract that now binds him to Paris Saint-Germain http://www.psg.fr/en/News/003001/Articl ... until-2020