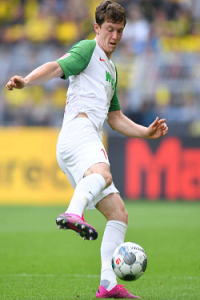 please move him to Hoffenheim, his loan to Kapfenberg just ended.

loaned for 2014-2015 to Bochum, some stats from previous loan to St. Pauli written in the article: http://www.vfl-bochum.de/site/_home/akt ... chausp.htm
Top

Maybe someone could give him Side: B
Top

Now he plays more like a deep-lying tank (SS), and actually he does it greatly. Either by holding up the ball or flicking crosses from deep, he's become a competent assist maker while still scoring some goals himself as well.
"Willy Wanda is Chinese!!!"
Top

Best performer at Augsburg this season so far, even ahead of Finnbogasson, Hitz and Caiuby.

He finally found his best position as a SS tank/deep target man. He's really great as a "football pivot/center reference" at the edges of the box. His first touch looks better than this; his leap is average but he still wins tons of aerial duels with his good positioning and bulky body frame. He's also a sort of a creative forward; the execution of his passes are like hit & miss, but he usually has some great ideas to generate chaos close to the box.
"Willy Wanda is Chinese!!!"
Top

His last season was far less prolific when it comes to goals, if compared to the previous one.
He's fairly inconsistent when it comes to shot placement, but those strikes tend to be clean and powerful.
Despite this, he still made a reasonable amount of assists last season, using his refined first touch to hold up the ball immediately or feed any teammate roaming into the box, specially Finnbogasson.
His SA looks more like 75, but both ST and Ball Control are much better, like mid 80s, for instance.
"Willy Wanda is Chinese!!!"
Top

Yeah, his ball traps are great actually, I think he is in the Osako range, both had superb first touch. I think Gregoritch can sit a bit higher since he is kinda better than Yuya
Better to die quick, fighting on your feet, than to live forever, begging on your knees!
Top
Post Reply
8 posts • Page 1 of 1