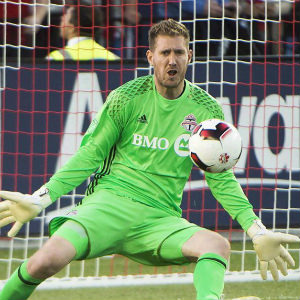 Has rounded his game a bit, being a competent passer now, he's also become more aggressive in dealing with threats early by meeting them outside the box, Offensive Goalkeeper card could be applied to him, not always but has done it a few times in his limited appearances ... his lack of play time and all this buffing of non-essential abilities I think came to the detriment of his keeper skillz - seems just a bit slower and ill placed (conceded that awful hattrick to Quintero (lobbed him 3 times the same way ffs)), though maybe just a bit less prone to parry as before.

Don't know why both he and Bono upped their left foot game so much this season, must be some heavy possession play at training, both of them been bonkers at trying to be two footed possession cyclers or making clearances with them.
Top
Post Reply
2 posts • Page 1 of 1