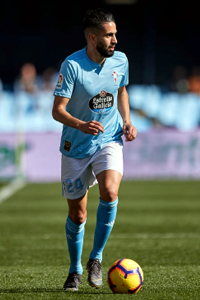 If you read the post you'll see that what you said was things we seen on him 5 years ago. Funny^^ He always had great potential, but never made much improvments (to not say none) because of lack of everything your points (work, sacrifice, motivation). Potential is 50%, then it's all about hard working and mentality. So sad to see he's now almost 30 years old and almost never made any improvments since the beginning of his career.

He showed yellow attack in 2016/2017 at Montpellier. It was his most accomplished season and he moved from Ligue 1 just after his best season. Except this season he wasn't yellow there.
They have eyes but cannot see; they have ears, but cannot hear; they have tongues, but cannot speak. They are like cattle.
Top
Post Reply
81 posts