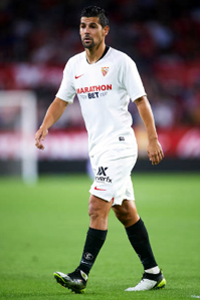 But I wasn't referring to you, but to him, who Is suggesting stuff without explanations around

his technique needs a raise indeed, he's got a wonderful first toutch, i'd say at Gaitan's level. Better than Saviola's or Carlos Martins (84), and although i gotta say i haven't seen much of him, not even since he arrived, i think it's pretty obvious that his touch is one of the best qualities in him.
Top

Yeah, I'm agree on tech raise. Take in count we evalute him at the beggining of the past season, were we see him more on Segunda B matches and it was a debate about if we overrate Barça's players, you well know.
And yeah, he can get some other raises, but Fixer is right, if you only leave some suggestions without any proper explanation, it's like do nothing.
About Nolito, if you ask me, he made a better start of season, dropping his level a bit on the middle one and raising a bit on the final of the season.
He showed great speed, not much better than the current set, on DA/DS he deserve better DS than DA. He reminds me Pedro, but with better ability to end the actions with a pass rather than be so lethal in front of goal. I can't suggest precise numbers nowadays, 'cause I haven't the game in front of me this holidays, but I can have an idea, so it's time to the portuguese users to rate him.

I agree with Technique raise. I don't know why I rated him so badly in that aspect

He's on a goal streak, 4 games=4 goals. From what he showed so far he absolutely deserves better passing stats, he tries the trough pass a lot after cutting in. I just don't like the way how he always gets in middle of the defenders, he's not always the smartest.
Top

da_ni wrote:Just a question: Where is he going to play? Will he be a winger? or will he play behiend the CF? Becouse Benfica doesn't play with wingers, he plays with SM, so that position should be added right? Becouse, when i was displaying the lineups i put him as WF, on the right, and a SM on the Left...

Well, I put him as SS, just like Gaitán too.
And I think that he is mainly an SS with tendency to go to the side and cut to the box. He barely crosses and barely goes to the line to be an WF, but could agree with adding SMF. Dunno.

Promising start for Nolito. He fits great in Benfica's team. I can see his passing stats and maybe shooting stats being raised in the near future
Top

Looked much better than I remembered him.
Top

what about raise shoot acuracy he reminds me villa playing
Top

I haven't seen him play enough full matches to come up with some final numbers but in my OF I'm testing with SS*, WF, ATT 79, DA 85, SPA 79, SPS 81, SA 76, ST 78, TEC 85, MEN 76, TW 81, *passing. His current set of stats wouldn't even make him a starter for Benfica while in fact he is one of their better players imo. The reason he plays so well for his team is his ability to score goals, great technique and dribble, and his ability to give a decisive pass (good TW, good passing). Good comparison with Pedro indeed. What say you?
Top

I'd go for an even higher DS. Taking in account his actual speed stats (TS 83 / ACC 85), I'd give him something like 87 for DS. He's really good at keeping his speed while dribbling, and this is one of the main reasons why he is so dangerous.
Top

It's impossible mission my lads.
Top

I can't tweak him, talk with some portuguese or global mod.

But he's not a starter. Height updated.
Top

But he's not a starter. Height updated.

He is not a starter, but he should be, instead of Bruno César. I mean, it's not even Bruno's natural "habitat".
Oh, and it's just me or is passing stats could even be better? Saw him doing some defence spliting passes lately.
Top

But he's not a starter. Height updated.

He is not a starter, but he should be, instead of Bruno César. I mean, it's not even Bruno's natural "habitat".
Oh, and it's just me or is passing stats could even be better? Saw him doing some defence spliting passes lately.

Bruno César is not a starter either, only Gaintan is a starter Nolito and Bruno rotate, if JJ wants an aggressive player he plays Nolito but if he wants more control in possession he plays Bruno. Always good to have options.
Anyway, i'm impressed by his attitude and his ability to pierce through players in the box, but i haven't fully figured out this player yet.
Top

Paddy wrote:I thought he was a speedster?

Not exactly. He's fast and very active but he's not the kind of player who looks for space as he prefers to get into the more crowded areas (although he's clearing improving in this aspect), that's why he doesn't seem very fast when on the ball.

Fixer wrote:Specially agility. Just like Oswaldo said his nimbleness IS one of his best attributes. His dribbles are more based on his ability to trick with his own body and his fast movements rather than his DA to me.

I agree agility is one of his best attributes but he also glues the ball to his feet better than any other players in the squad except Aimar and maybe Gaintan.

Yesterday he had a world class first half, really impressed me. Always incisive, agressive and productive, never dwells on the ball and does everything very fast. Too bad he can't shoot with power because it's easy for him to win that space on the box corner when he cuts in, he tries to shoot from there from time to time but the shots are often weak and inaccurate. On the other hand he's great when facing the keeper, he can lob the ball or swerve it to the far corner.

I know he's been updated recently but he will have his stats tweaked again. With respect for the spanish mods, i don't think this player has been seen often enough judging from some of the values he was given, which is only natural ... it's hard to rate a player correctly before watching a full season, only thing we can do is try.
Top
Post Reply
79 posts