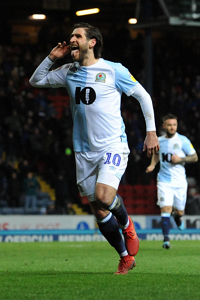 Hmm I think I've been harsh on him he fucking shite in game, speed and agility should go up?
Top

think not. It seems to me that the attack a bit too low: (
Top

The thing is in game he moves like a fucking elephant, he can't get into goal scoring positions, also he does play right either, he refuses to make any runs and he plays too deep
Top

Well, yes principle the, I agree. It acts as a strong forvards, and his task is spread by opponents of physical power.
Top

★ Scoring
★ 1-1 Scoring
★ Positioning
Sorry. I try to explain my ideas with bad English:)
WE9:LE is the Best!
Top

It's a shame he's gone off the boil slightly compared to what I was seeing of him at the start of the year. What impressed me most about him was his ability to lead the line on his own, looked the complete package really. Decent hold up play and good off the ball movement. He looked really dangerous running in behind the opposition defence and getting himself on to through-balls. I wonder if Stu would rate these accurate still taking into account the season as a whole?
"DEBT IS THE ROAD TO RUIN" David Gill August 2004

Yeah I thought he was a pretty good striker from what I've seen of him. All-round like you said.

he's stepped up well, no surprise as he was the leagues top scorer for a pretty naff team
Top

What do you think about that:

many of his finishes were with his "weak" left﻿ foot. Looks natural with both

Sorry. I try to explain my ideas with bad English:)
WE9:LE is the Best!
Top

^ argee, if anything graham is definitely quite stiff and slow in his body movements and needs quite a while to reach his speed, the whole set looks to me quite overrated and still rated in "old standards".

Another agree here. BTW, regarding the whole squad, count me in since I'll try to watch as many matches of them as possible, they're probably one of the most interesting teams to watch not just in the EPL but across the whole UEFA spectrum. Nice job with all those suggestions sloth, in all fairness I also believe the Swans do not have any specially outstanding individual, just a bunch of pretty decent players who seem to play very well as a team... and that's no small merit considering they've changed manager and several players in the starting line-up this summer. I suppose the best way to represent them ingame would be to adjust their stats accurately (i.e. decent stats overall but nothing out of the extraordinary) and putting a special emphasis on TW... teams whose players have a high average TW rating tend to play pretty well and supportively ingame even if those players aren't really great individually.

His close control looks quite sloppy. Can mess even the simplest of short passes as well.