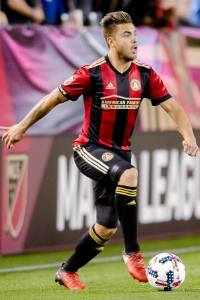 I agree decreasing att/sta/ment/tw/tenacity/form, but he didn't lose speed or technical abilities. Given him a partial update, didn't touch some things that I would like to and imo he does need and deserve. Still this set represents him pretty much better than the last one.
Top

Just some thing more to the set:

His header isn't so crap as 65, he can impact the ball very decently with it in corners kicks, even scored twice, he could have 68-9 in there.

He's very good at crossing, I posted some examples in the last page, nice accuracy and pace.. very similar to Verón, can have similar values (75 lpa, 76-7 lps)

He uses more his left foot than his right, at crossing, passing and even uses it at dribbling, in a complete match he probably impacts more the ball with it, with good accuracy. WFF is 8 and WFA 7 for sure.

He does need Super-sub (spoken in the past), Side and probably Dribbling too.
Top

Against Vélez played the best game of the season, seemed his level in the cup, created a lot of danger in the right side with Buffa, exploiting his speed and making nice dribbles, also ran a lot the whole match.. I hope he can keep this and recover his level.

Victor, can you attend the last suggestions? Thanks.
Top

He's having a good tournament, is in a better form and being more dangerous, with great defensive work. But he''s sloppy with the ball, the current numbers in da/bc reflect well that, it's strange, but becomes worse in here.., in his beginnings he was pretty gifted with the ball.. anyway sometimes he still shows good things. Also he's not more this agile, he's heavier and most of the times prefers physical contact than a turn, and doesn't use his agi like before, probably is around 85-6 there and his balance a bit better.
Top

yeah i came here to say the same, he isnt so agile (as his ts) does not impress me as before, seems he have more mass muscle to carry, so im agree with better bb and less agg/ts.
in the other hand, sorry guys but im not convinced giving 7/8 in wfa/wff, albertengo seems better using his weak foot and he use it much more than villalba.
Top

Probably his stamina could back to his old value (83); he's got the same defensive work than in the past, is the whole match running by the band and always plays the 90', and his form is probably 4/5 now.
Top

Keeps that good level, and is dangerous like in his first years, he's got a good amount of assists and participates in all our attacks. He's making danger in the right side the whole match.
Top

Guy is showing an amazing stamina, he keeps Buffa's pace the whole match and really helps a lot in defense, goes and returns by the right side the 90', Defence Awareness is like 3. Also's very supportive and good covering Buffa's back, I think he's showing the top of tw since he debuted.
Top

Was transfered to Atlanta United

Great player and with a lot of more to give. Good luck for him.
Top 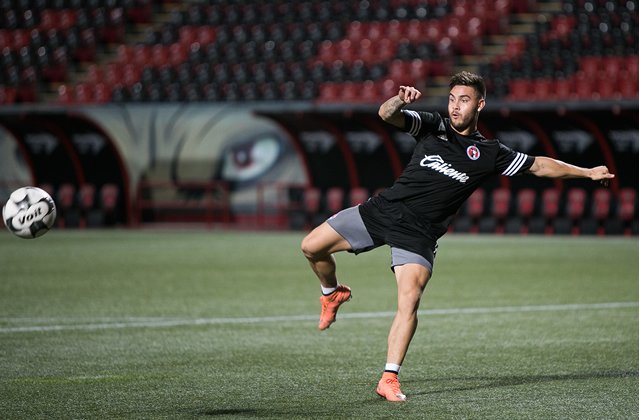 His loan expired. He returned to Atlanta United.
Top

I gave him an update.

I see the mention of his Stamina now after I updated - at Atlanta he remains an extremely hard working and busy player (why I raised Response to 80), but he is constantly subbed off/sometimes on - so Tata has seen his willingness to contribute both ways, but he burns out and always a fresher option is opted for..maybe MEN/Tenacity can get a little boost, I just want to be true to PES, so that you/computer is forced to sub 60th-80th min.

His shooting has been really good past two seasons, in the power and variety of his shots, scored wonderful goals, his Accuracy can be so bad, sometimes he just shoots to the Moon from 5 meters out - very frustrating.

Attempted freekicks - raised value..think he got one on target/saved - memory is bleeding together, lol can't recall, anyways 60 was too low.

SPA big increase, so many nice ground passes, clever and cutting through opponents - tend to be limited to 10-20 meters or so .. I would say both Almiron and Barco attempt more difficult passes, but they seem to screw up way more often, and the ball is just put out of play/wasted. Villalba is more measured it seems, he won't try anything crazy, but consistently finds his man and opens play up - honestly he is more of a useful passer, the other two try too many pretty/difficult passes (guess thats part of the learning and maybe one day they will be the superior passers - but not currently).

LPA, drop - does he even cross in the air? When he does they've tended to be not so hot, his ground crosses on the other hand are really good.

This was a very nice shot (yeah he had hours from free space and zero pressure, but still), good curling: https://youtu.be/eAzLjndPdn0?t=200
Top

Edgar Benítez signed with Guaraní in Paraguay - I can't add the club name to the player thread so I'll leave it to you. ... Noticed since Villalba took his #23


Updated him a little, changed nationality since he reps Paraguay now. Height internet (Atlanata's player page and 170 lbs) says he is max 5' 8" - so I'm just gonna assume the max range of that since ; 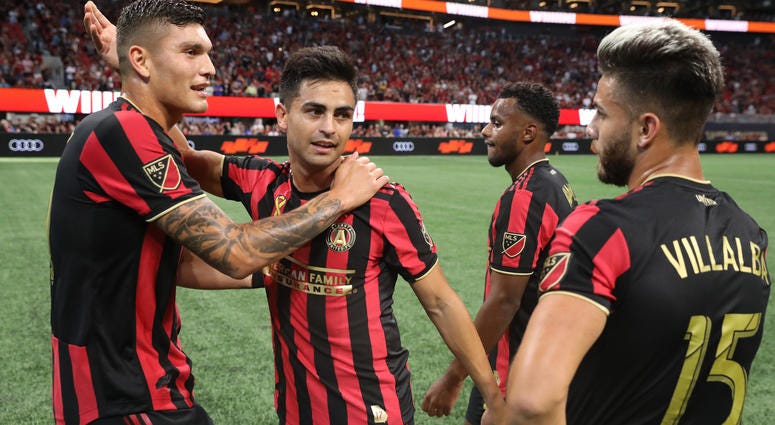 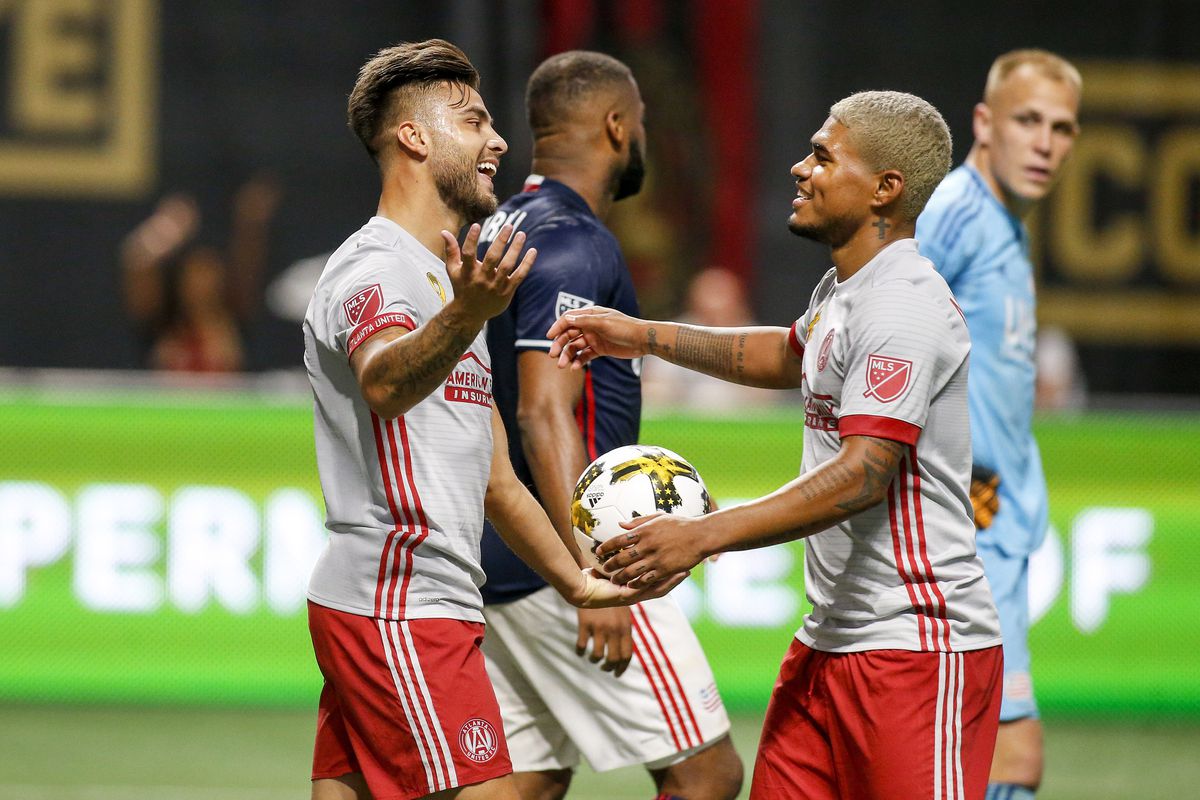 taller than Josef Martinez 172 by some margin, cant say what feet are doing here


Injury Tolerance kept at B, but last couple years he has missed maybe 100 days total (of ~700 in 2 yrs) with injuries, 2019 was a long period off - so if it happens again at Libertad feel free to lower him to C - for now I just lowered his Stamina to lower than Messi level - since his role even in 2017 when he play very many games, he rarely finished a full 90 or would be subbed in to be an impact with his speed - his workrate is good and on field hustle or otherwise some would say "energy" looks very good, but since he is removed often if started and with the Injury stuff I went for lower - I guess he does not really slow down later in matches but definetily becomes sloppier and less effective in being a threat.

Makes sense that Atlanta moved him out, since he was basically a DP that was on the bench often after 2017.
Top
Post Reply
80 posts