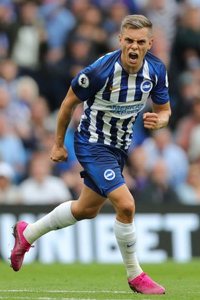 One of the standouts performers in the Jupiler league. He's a goalscoring winger, super agile and agressive and very decent placement in his shots. Can create too, but it's a very little part of his game compared to the ones previously mentioned.
He's not much of a crosser either, he's the inside forward type of winger that prefers to cuts in.

Surely deserves a shot in a better league.
Everyone knew it was impossible. Then came along a fool who didn't know it, and he did it.
Top

He had a really nice game. Walked away with a goal and if the assist provider hadn't been offside, he would have had a second. Took his chances well and finished with poise. Looking like a really good addition that will help level them up.
Top
Post Reply
3 posts • Page 1 of 1