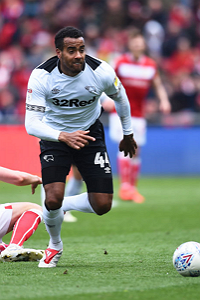 Surely he should have the S19 - Weighted Pass card?
Top

WHUfan wrote:Surely he should have the S19 - Weighted Pass card?

Absolutely. Don't know how we missed that.
Top

i'm so glad to glad to see my favorite player as a starter again. tottenham has always needed a creative and intelligent guy like him this season. i've no idea why avb has kept him on the bench for so long (tbh i just think that he's a massively overrated manager despite the results), he's been good even in the first half of the season barely appearing as a substitute and in the europa league
well i might be a bit biased but i will leave some little suggestions still
attack-wise he's definitely much more intelligent than 71 but i'm still not sure how to rate it correctly, his long passing is absolutely class to me, lps on reds is a must, looks similar to xabi alonso and gerrard, he hits them like fucking bullets, really accurate too, bordering oranges at least
his spa/sps is fine, i have him a little higher on 86/92 tho, he doesn't use if often but he's capable of some really wonderful passes
i don't think his sa is that bad. surely he misplaces them frequently but low 70s wont make him hit the target everytime considering the fact he only shoots from a distance. btw looking at his goals you can see that many of them are placed right into the corner
his header isn't awful, he has no problems laying the ball off to the nearest player

i also remeber him being better in tw before the injury but now he's more static, 78 is fine

his form isn't 3, he just doesn't get much playing time, but when he does, he's one of the best on the pitch
Top

he's pretty awful at set piece delivery, ruined every good oppurtunity to send it into the box late in the game.
If you don't put effort into your post, i won't put effort in my response.
Top

He had a poor game, particularly in that regard. Don't base his stats on that one game.
Top

Only the game prior to the Chelsea game his set piece delivery was excellent, some games it seems to work, some not. I think it was due to Chelsea being better set up defensively than Southampton.
Top

It's not about the team's defensive set up when your deliveries can't pass even the first man.

I'd have thought coming in to this thread that he was an easy orange for LPA - I haven't watched him consistently in years, but the last time I had I was sure he was worth an orange LPA, it always stood out to me as the really exceptional part of his game. Has he wavered in recent years, or was he never worthy of an orange LPA to begin with?

As I said, it's been years since I last saw him consistently, but I remember he used to ping fifty yard diagonal balls around the pitch, pretty much at will.

Madvillain wrote:I'd have thought coming in to this thread that he was an easy orange for LPA - I haven't watched him consistently in years, but the last time I had I was sure he was worth an orange LPA, it always stood out to me as the really exceptional part of his game. Has he wavered in recent years, or was he never worthy of an orange LPA to begin with?

As I said, it's been years since I last saw him consistently, but I remember he used to ping fifty yard diagonal balls around the pitch, pretty much at will.

He still makes them and I wonder how he does it, they really give me goosebumps.
The parable of this world is like your shadow - if you stop, it stands still, and if you chase it, it distances itself from you.
Top

I wish him all the best at Hull but I must admit that Huddlestone was a player I had really hoped would grow into a great player. True, he grew, but in the wrong way. His natural, sublime passing skills were nullified by his frame. He has the turning circle of the Bismarck.

And we rarely got to see those rocketing half-volleys, fired from just outside the box with hardly any backlift on his shooting foot.

i'm surprised to see his latest update as a downgrade-only and why is his lpa is still not in oranges? he's basically the same player, having a good season, had a nice game today, scored a great goal. btw he's gotten better at set-piece delivery, made some good corners one of which resulted in a goal, also better at taking direct free kicks. see no reason to decrease his sp, he still hits them really hard, and i repeat that 68 sa is low for him taking a look at kind of shots he takes
Top

tbh The set looks quite good to me...

alright, but isn't he a clear 90s long passer to you? can't think of many better long range passers than him in the epl
Top

yep to be honest I would swap LPA and LPS around, he floats the ball about magnificently

on SP, whilst he can hit them very hard indeed he choses not to, his goal was a great example of that, he holds back perhaps to utilise placement and a bit of finesse to the shot, really much more in the 80-85 range most of the time even though he can do those rockets which deserve oranges consistently which is why I've gone for the compromise of 88
Top

i remeber reading somewhere on psd that sp is based on a potential amount of power the player is able to pull off when striking the ball, but whatever, 88 is fine
no need to swap it, would probably be wiser just to update lpa, the speed he's able to put on his longballs has always been insane (he did one yesterday near the end of the match if i remember correctly, taking a quick free kick straight to the striker)
also, are you sure on form 3? i don't recall him being that inconsistent, he's more like 5
Top

stu? shall you update his lpa?
Top
Post Reply
122 posts