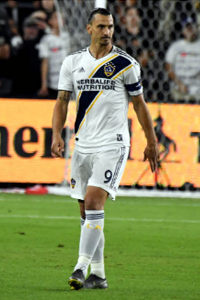 @Mr. Evans,yeah that's why I said it.Because it changes his behavior.Maybe making him SS would help replicate his playmaking role.
CLICK ON SHOW TO SEE THE VIDEOS!
If you have old matches of Cassano, help me out.Post in this thread! http://pesstatsdatabase.com/viewtopic.php?f=140&t=27218
Top

SS isn't related to playmaking. The only position which you can say will make a player more inclined to act as a playmaker is the AM role. But stats and stars/cards are the things that can make a player a playmaker.

Not playmaking as in "taking the ball from the CBs and giving it to the wings,taking it back and giving it to the CFs". More like "getting the ball upfront and looking for the movement from your teammates".
CLICK ON SHOW TO SEE THE VIDEOS!
If you have old matches of Cassano, help me out.Post in this thread! http://pesstatsdatabase.com/viewtopic.php?f=140&t=27218
Top

but still, SS simply doesn't affect that. It's the role of a second striker, not a playmaking forward.

i talked about this with vinnie in pm's....imo his behaviour should be replicated with
Low aggression (thing that Epsi already did) .....no use for such low TW imo.....he isnt
That selfish, unsupportive or something. already got stars and cards for that.
maybe it's just me but the 92 BB 89 DA combo it's perfect.
curiosly , always stated the opposite but.....saw him next to isaksson (199 cm) granqwist (192)
and toivone (190).....he doesen't seem 195 cms
Saving Private Adrian

maybe because he was a giant amongst midgets at Barca, and still is clearly tallest at Milan, while Sweden has a very big team. as long as I remember he's as tall as Pique , 192cm if I remember correctly ?
Top

Oh no! Not the height discussion again. Is it so hard to copy data from the official pages? Do it and end this pointless discussions which appear permanently in almost every league.

Anywho... could someone explain me how Ibra lost so much strength(body balance) in 2 yrs(from 95 to 91) while not being seriously injured nor being an old man. Honestly I can't see a significant difference between Inters Ibra and the current one in that particular aspect.
show some fcking respect
Top

Yeah some values are changed without strong reasoning only to be given back after a few seasons.. On height, don't you find that players in PES appear all roughly the same height in a match? That's what I see when playing on wide cameras so I like to increase those few 195+ players by 2-3 cm so that they stand out and decrease the very short ones like Nathan Dyer by a few. I have Ibra on 197 for example but that's a personal thing.
Visit my alt thread: http://pesstatsdatabase.com/viewtopic.php?f=1011&t=25348
Top

Can someone please sort out his ST...95 is just not accurate enough to replicate how he strikes every ball so beautifully. He should be at least 97. And his Balance is too low, suggest 94 and maybe even 95.
Top

I think he is better off without *Trickster. It makes the player use stepovers very often in the hands of the AI. IMO it should be reserved for players that use stepovers as their primary trick.
Visit my alt thread: http://pesstatsdatabase.com/viewtopic.php?f=1011&t=25348
Top

I agree, he can be quite the annoyance when he uses it often in-game.

I'm inclined to agree with his ST at 98.

I think his jump is just too high though. Not much more then 80 if i'm to be subjective, and personally i feel he's more like high greens for jump. Maybe he can occasionally show 84 JMP, i haven't seen many examples of that, but on a whole he doesn't even use leap, and when he does it's very controlled, like, he isn't just trying to out leap the other person since 90% of the time he doesn't need to (being 195 cm tall he doesn't need to leap at all sometimes) but he is leaping in a way that he can control his actions fully. For example, the second listed goal of remarkable ST, instead of cutting in and jumping for the header he waits for a volley. That's my view.

But anyways judge for yourself, does this look like 84 JMP? Imo that DS with an 86 TS is a tad too high....
and if needed i'd agree to a 1/2 pts jump cut.
i mean: Ibra being that tall has also a quite good jump
Ability , i compare him to smaller people just in terms of leap
and with this i'm not meaning he's a good header because:
he isnt particulary/he doesen't like it / he hasn't got great timing (but res come into
id still like to see him with a kind of 78 agility with lowered ds.
Saving Private Adrian

Since to Paris，how many clubs has he changed？
Top