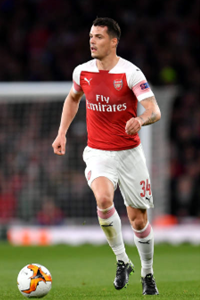 I am not his fan, he's quite unintelligent for my taste. He has everything that one good deep lying playmaker must have, good passing, good control of the ball, but he's far from an elite player when it comes to decisions making and actual thinking on the pitch. Not just because of that penalty against Stoke, but everytime i watched him, he never impressed me. He's defensively bad in covering the space and in positioning, it's noticable that he's oftenly too far from the space he has to cover, leaving the space to opposite midfielders to shoot. Idk, he's a player who'll shoot the penalty as hard as he can, relying on luck. Many younger and less experienced deep lying playmakers are above him in terms of intelligence and tactical awareness, especially in Italy and Spain.
Last edited by Relja on 2017 Mar 19, 07:17, edited 1 time in total.
Top

he has serious problems defending. He adds a lot of deep accurate passes, but in any minute he will get a red card leaving the team with 10 men or he will give a penalty to the other team.
Bloody Curse!
Top

By far the best Arsenal player against WBA so far. Great assist, calm in posession, helping a lot to cbs in build up, great crosses from corners, BUT this game is not the perfect example. Arsenal is on 70+% of possesion, which is ideal for him, still has loads of problems in high tempo games with his aggression and concetration.
Top

I think he can only thrive in slow tempo games where Arsenal have a lot of possession and with teams who don't press aggressively, as he does have a brilliant left foot when he has space. However, he can be a liability in midfield when teams press him because he is quite slow, has piss poor agility and reacts very slowly too. He also is very rash and does lose concentration as Relja has pointed out. I certainly wouldn't risk playing him against teams like Liverpool or Tottenham. That response value looks overrated to me for instance. Overall, I have my doubts that he can be successful in this league considering he is so slow in mind and body.
Top

Funny thing is that i think this is a pretty accurate set, he seems like a good player at a first glance yet the way i see he's just not good enough for the PL. He has decent accuracy on his passes, but is mediocre in every other aspect. He can't tackle very well, has bad positioning, can't turn on the ball, is slow, etc.
The goalkeeper isn't another one, he is THE number one!
Top

I don't think his TS is even green material at all. It is barely above his ACC imo. Even when he shows some glimpses of decent RES at a few moments, sometimes he just cannot manage to do make an interception at time given his lack of pace.

I also question a bit his TW. I'd say it has become a sort of a weakness of him while at Arsenal. Kinda uncompromised with off the ball movement, to the point that he gets quite lethargic at the latter stages of some of his matches. I think that's one of the main reasons Wenger has relied much more on Coquelin and Elneny, ahead of Xhaka.

Adding to his ridiculous amount of silly red cards received (which were also high in his last two seasons at Gladbach), then you have a potential candidate as one of the biggest flop signings for Arsenal in this whole decade.
"Willy Wanda is Chinese!!!"
Top

He is good, but in matches he is comfortable (kinda ozil style but much worse), when the team has a good tempo and is fluid with others doing the hard work, he is actually a boss, using that left foot really good. The problem is, the team isn't playing comfortable for a long time now, the only who could probably could lift arsenal up, even making xhaka look good, is cazorla, he is the only one who could provide the timing the team needs, but we all know he is injured and the other options are just bad.
Bloody Curse!
Top

He just cant perform on the highest level for top 5 english club, as i said, i've been constantly following him since his arrival.

He doesn't look like a natural deep lying playmaker, i mean he has that left foot, some really nice and sharp long balls, no many better long passers around, but every single aspect of a deep lying distributor is average or below that.

First of all his awareness is bad. When he recieves the ball, he doesn't seem like a player who has clear idea what is the next step and what to do, many times he's getting warned by his fans, sometimes he panics and that lead to wrong pass.

He's very very unagile, so that's making the things even worse, he's not able to just fastly turn and twist like smaller players on that position.

So, he's double slow, not just unagile and stiff, but also not the greatest mind in football and fast thinker.

His low intelligence is also very obvious in defending, he's kinda rushy (is that even a word) and flies into tackles all over the place, making stupid fouls.

He has serious problems with pressure, and he's not the kind of player u'd want under it, he just cannot cope with high tempo. His limits were so obvious every single time in those situations, today his wrong pass under pressure lead to Leicesters second goal.

His first assist was a joke today, a slow lofted pass for Ramsey who was ummarked for way too long. That wouldn't work against proper defence. His corner though was solid.

This guy is going to be a big problem for Arsenal in tougher matches i am sure. He's not what they need there.
Top

His turning circle is laughably bad, good call on that 65 agility!
Top

Too prone mistake, makes a lot of fouls and gets booked quite often - has the agility of a tree which does affect his game and the flow of the passing curse.

Form needs a downgrade and some stars seems quite questionable such as outside , playmaking and maybe tactical dribble but im not so sure about this one - WFF looks a bit high as well.
!!!CHUPETE LA CONCHA DE TU HERMANA!! , !!VAMOS CARAJO TE QUIERO VER!! , !! TE QUIERO VER PAPÁ!!
Top

How many times have we seen him do this over the past few years? Defensively he is lacklustre in every way, too nonchalant when he's tracking back, no awareness of opposition players, and his tackling... leaves a lot to be desired. I can't reconcile this defence value with his performances whatsoever.

Maybe I haven't had the opportunity to see him run full pelt (he's a fan of jogging) but I think the stamina and speed stats are dubious. I'm not familiar with his statistics in this regard, maybe he's just like a Pirlo sort in that he looks really at ease but actually covers a lot of ground. Maybe I am overly critical but I would not be opposed to lowering his defence, response, agility, speed stats and dribble speed. Mentality as well, he fades from games a lot and doesn't seem like the sort of player who can play well through adversity.

It's a shame because he can pick out some beautiful passes when he has space, but he's so fucking slow and awful when he's put under pressure.
Top

The game against Atletico was one of his better matches I've seen, execution wise his passing is godly. The diagonal balls from deep are a hallmark of his game but it's also crazy how easily he can break the midfield lines with his short passing. I'm fairly certain he's at least mid yellows spa and sps. Perhaps higher long passing stats as well

I would personally have him on the lowest greens ts wise. Dribble speed also looks excessive, he doesn't move the ball forward or make great gains with his dribbling

I would suggest a lower shot accuracy considering how wasteful he generally seems to be. He scores the odd blooter but more often his shooting is shit, he can kill attacks at times with his poor accuracy from range 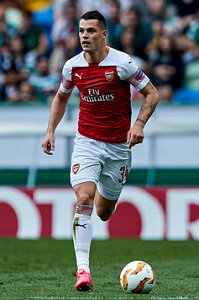 Free kick against Newcastle earlier this season at 1:20
https://m.youtube.com/watch?v=GsJuoydHC5M
Top I suggest updating his body control and physical contact values to BC 73 PC 79, it better reflects his behavior in the field than the current ones
Top

Does he really need a yellow da? He's so vulnerable on the ball, he can't handle players pressing him at all and opposition teams know this. For a dlp I'd say it's his greatest weakness, he's just bad under pressure and when he does maintain possession I wouldn't necessarily say he's deserving of a yellow value, he's okay on the ball but that's about it.
Top

I know I've criticized him for his lack of pace at times, but at one point in the game today he outpaced and outmuscled Kante easily in a straight leg race. Can't recall the distance covered but I do recall thinking at the time that his ts > Kante's ts. Might be something to note when you consider their relative speed and bal stats.

I personally am yet to see such high da, ds and tec from him
Top