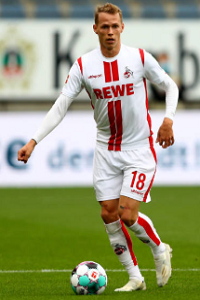 another goal for Legia tonight in EL...winning one against Metalist Kharkiv....

this guy will be soon in Slovakia NT if he continues like this... best talent we have right now.
Top If he keep this level of form, Duda will be star in future. Lately I gave him small update, but thinking about another at least afer end of this year. SA, DA, DS, EP mainly to go up.
Top

aaand he was officially called up to represent A team of Slovakia NT... together with Patrik Hrošovský from Viktoria Plzen

i don´t usualy post rumors, but Duda said himself he will become Inter Milan player next week.

Legia will get club record money for this sale...
Top

Legia will get club record money for this sale...

He really is this bad? anyone followed him?
Top

He need update. I wanna made it tommorow. He is good player, one of the best which play in Ekstraklasa but when he start thinking about transfer his form goes down.
Top

i think he should move to other league, this might be a big step for him in his career... but it seems Mancini wanted him very much, since they wanted the move in January... He is certainly the bigest talent we have right now in Slovakia....to think two years ago he played near my town

Bad round after him, had some health problems and looked under form - maybe main reason for lost championiship by Legia. Inter ? Good luck

He was really unlucky with injuries in his first two seasons at Hertha, being affected in his confidence and overall performances. Last season, he was virtually free of injuries and started to display his talent. His team struggled with consistency overall (and they still do in the current season so far), but he gradually started to be involved with his team either by creating scoring chances or even scoring by himself.

He's basically a refined trequartista, really talented and creative when it comes to pass, move or shoot in the final third. He surely has better shooting stats overall (SP at 82, SA/ST at 78-79), better passing stats (specially the SPA/SPS combo). ATT is surely around high 70s to low 80s. He's quite entertaining to watch play when in form.

For sure, one of the best "signings" for Hertha last season.
"Willy Wanda is Chinese!!!"
Top

Results didn't improve at all for Norwich, with Duda as a loanee adition.

But, to be fair, I wouldn't blame that much on him for their relegation.

Besides their weak defensive system, with Farke failing to manage any improvement in that area during the whole season, Norwich has had serious issues for generating scoring chances. And Duda was actually an enhancement in that regard since he joined them on loan. He has lots of flair, he has that artistic sense and technical features which allow him to execute magical touches, unexpected first time shots and passes. That's something natural to see from a trequartista like him.

Unfortunately, players around him just couldn't convert all those key passes and scoring chances into goals. Pukki struggled a bit with injuries for the second half of the season. The rest of their strikers (like Drmic, who's been trash for ages as I already commented in his thread) are simply not good enough to perform in Premier League for the time being.

Having said that, Duda was just not with the proper players around him to revert Norwich's fate. He needs a set to replicate his technical skills overall in a higher rank. If there's something to blame on him, that's his lethargic approach to the game, and his reluctancy to move into channels. But that's not something unexpected to see from a trequartista. TW surely needs to be lowered a lot, to low 70 or high 60s. Besides, he's not one of those players who will change the course of a match under adversity, which surely undermined his performances for a really low for side like Norwich.
"Willy Wanda is Chinese!!!"
Top

He is a very talented player, he is actually quite creative either dribbling and passing and sometimes I can't explain myself why he didn't had more success as a player with all the talent he has. His touch is beautiful and maybe cold be higher, his ball retention is great too. But there is always "something" that keeps him away of those montruous performances he would have with better focus and determination.

Better to die quick, fighting on your feet, than to live forever, begging on your knees!
Top
Post Reply
15 posts • Page 1 of 1