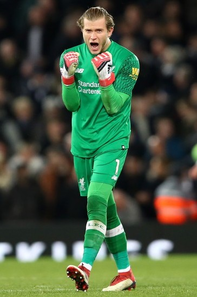 right now one of the best GK's in the German BL.
Top

He is still awesome as i already said in 2014. Needs a huge upgrade. Will make my mind for some concrete values
Top

4? Wouldnt be even enough.

updated, any other info on him? as far as i know he is linked to Liverpool FC right now..
Top

as i already said 4 points wouldn't be even enough. But anyway its a beginning. Thanks for that. I regularly watch Mainz games, so i'll make some concrete suggestions in the next weeks when i have time for that.
Top

comparsion with Mignolet... again intensive links with Liverpool to take no. 1 spot in the goal. he had been chosen as The Best GK this season by Goal.com
someone should burn Ballon d'Or trophy
Top

Move him to Liverpool. It's official.
Top

Mate, many other moves are official, but he is a Mainz player untill the transfer window is open on 1. July.... if we move players now it will be a mess....

let´s respect the transfer window and don´t move players ahead of big tournaments to other clubs...
Top

Where are the stats ? What happens to this page ? It was a good page

His first months at Liverpool have not been particularly good. Mignolet's been in ups and downs as usual, but any time Karius has taken his place in the starting lineup, he has not fullfiled the expectations and he tends to commit similar mistakes as Mignolet: A couple of wonderful saves, followed by a childish blunder which usually leads to a goal against.

I still think the overall set's fine atm, maybe it just needs few tweaks like Form at 4 and Agility around 70 or less.
"Willy Wanda is Chinese!!!"
Top

mignolet is still the better shot stopper outright, but karius is more solid. i would like to see a better goalkeeper than karius for klopp and this exciting liverpool team, but karius isn't too bad, not like mignolet was.

i think karius is worth about 87 def, 89 res, 85 gks, since he's moved to liverpool. also mentality and teamwork should be slightly higher, about 3 points boosted in each. he's been decent enough, but not as good as the reputation he carried from mainz.
If you don't put effort into your post, i won't put effort in my response.
Top Yes, he was so bad in the UCL's Final against Real Madrid today...but this downgrade in Catching (85 -> 81), Clearing (85 -> 83), Coverage (87 -> 85), Defence (87 -> 84), Saving or KP (85 -> 81) for just one match is not appropriate. Karius and Liverpool got a pretty good season, one bad match is not enough to downgrade Karius like that in my opinion. I think his MENT was the problem in the Final, not his Keeper skills.
“Our football belongs to the working class and has the size, nobility and generosity to allow everyone to enjoy it as a spectacle.”
Cesar Luis Menotti
Top

Should never have been raised, never posted but I was dead against updating him, fucking useless keeper that’s been super lucky with red and yellow arrows days
Top

Wow, came out unless there’s some really cynical damage control afoot, he was concussed during that second half
Top

Didn't Ramos "subtly" hit Karius with an elbow on his head, at the beginning of the 2nd half of the UCL final?
I'm not saying Karius is a reliable keeper 24/7 at all, but he was probably dizzy after that elbow hit. He should have requested to be subbed from the moment he was feeling bad.
"Willy Wanda is Chinese!!!"
Top
Post Reply
25 posts