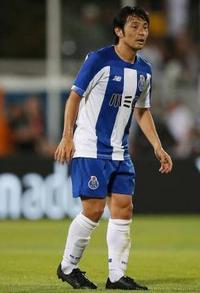 I think this set captures his various qualities very well. He's solid or more in all technical aspects and a machine in working his flank and dropping back to provide and option, receive the ball and defend. His shooting stats only don't do him justice. He's a sniper to a degree, he needs the ball under his control so his usual action is to cut inside and a use a faint to change direction and switch the ball to his other foot and blast it to the corner. He's got that specific shot to the corner down to a very high level but has shown variation in his attempts also. All pointing to him being an SA/SP oriented shooter for me, not as good in one touch shots and under a lot of pressure. This is the combo i'd go for: SA 81 SP 80 ST 77 .

My other suggestion has to do with focusing a bit more on what's important to his gamestyle. While he's a very solid technical player i don't see him as much of a dribbler. His way of attacking is more one dimensional, it involves cutting in from the sides to shoot or attacking the final third without the ball, it's not so much about taking on opponents without it directly benefiting him so he can score or improving the odds for his teammates by eliminating defenders. He makes it so that he is the end product and he's actually quite a vicious attacker, a real WF. To these ends i'd suggest: Att 77 Sta 83 Agg 84 DA 82 -- Mazing run ++ Reaction

Up and coming player. Both curling and dribbling accuracy can be increased slightly.

he is in porto
Top

I think you should review some stats, he has been doin' very well on the recent games for FCP and Japanese National Team. I like to compare him with Rafa Silva from Benfica. I think Rafa is way faster than him, but Rafa's dribbling style is not special and effective to the point that he has86, i think is too much for him. On the other hand, Nakajima's dribbling style is effective and i think he is a better dribbler than, per example, Otávio, who has 85.

I have seen the highlights of Porto V Sporting and he made a great run with the ball on his feet at some point in that match, it looked really good, and i wonder if this guy DS shouldnt be much higher than this? he looked very smooth with the ball.

A few small punts but generally he kept the ball under his control every time and looked very smooth on the small touches, always keeping his speed level the same through the run.
Top

I'll catch up with a couple of his games in Porto on the weekend to comment on him. I see what you guys are saying though. Higher DA and DS were present on da_ni's original set as well.
Top

I watched him in the cup game against Chaves, he played as an AM in a 4-2-3-1 that often looked more like a 4-4-2 on the pitch with Marega ( LM ) joining Tiquinho upfront and Nakajima and Corona playing deeper in midfieldgiving them a real surplus in build up. Nakajima roamed across his area of coverage outside the box, making himself available for passes and mainly manifested on the right wing when moving on to the final third where his cross for Tiquino's second goal came from . His movement for support was intuitive and vigilant, popping up constantly and following the play around. As the game went on he dropped deep often , even below the half line to provide the same service there. I was very impressed with his Stamina and Teamwork in this game. On the ball he was all business, going for lay offs and the occasional cross, not making mistakes. Not a very aggressive display form him, he had a clear mind to progress the game in a simple manner but not attempt something creative himself. He was the high TW AM in this game on paper but he was not the focal point of the team's distribution or build up by any means and was not fed the ball that frequently. He didn't dribble in this game. I also remembered why i felt strongly about not rating him too high on DS as he was pretty allergic of running or playing on the ball in general here.

I had a hard time finding Porto games of him to watch, this cup game finally became available today on Footbalia. I have to watch him play as a winger in a game to catch up with him properly. As far as ratings go i raised his TS and Agi by a point. Acc could get the same treatment, he is very quick and nimble. I can see DA a little higher but i need to get a better sense of his dribbling. I am apprehensive about raising his DS and i like the current number cause it shows he is clearly skilled and can be fluid on the ball even though he doesn't seem to be high on dribbling when i've seen him. I'll keep an eye on it in future games

. I am reconsidering his TW and Agg, about putting the emphasis on the first. I also have some doubts about his Response being green .
Top
Post Reply
9 posts • Page 1 of 1