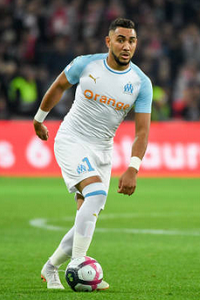 He's more around mid greens for TS (77?) and slightly lower ACC (84 at best). And Agility could also be knocked down a bit, just not sure to which extent.

He's quite similar to Forsberg on the ball, relying mostly with close, neat control on the ball without needing much smooth turns or demon, nitro speed.

Payet has more trickery and flair compared to Forsberg, but the Swede has gained more confidence and he's playing with much more commitment than Payet lately.
"Willy Wanda is Chinese!!!"
Top

jurgens wrote:hes nowhere near this fast

Was not his TS ~79, which seemed fair, I had just updated him on my OF after the EUROs...Are some updates to first post stats not recorded in the Global Updates log?

hrmm, I think it was at this value at the euros, all edits are logged unless a mod is removed, then his edit history is removed.
Top

His place kicking isn't as deadly as it used to be, he's still good and the main PK taker in the team but nowhere as dangerous as 90 FK suggests.
Everyone knew it was impossible. Then came along a fool who didn't know it, and he did it.
Top

I didn't know that was the general idea here, sorry if I went against it. I'm reverting the change.

I still think he's not worth oranges today, but you're having a pretty good point about FK consisteny which I didn't really think about.
Everyone knew it was impossible. Then came along a fool who didn't know it, and he did it.
Top

he was awesome against leipzig, unbelievable cross for the second? goal, great dissallowed long distance goal, and a good finish to seal the tie. he has so much ability on his best day.
If you don't put effort into your post, i won't put effort in my response.
Top I still believe that he needs higher FKA...
In comparison with some other great free kickers I think a solid 90 is not enough for him as he is pretty confident at scoring that way as shown in the match vs Lazio in the Europa League where he took a FK from a pretty far distance and even pointed towards the direction of the shot before taking it in some kind of egocentric posture but he scored anyway.
I'm comparing him with the best free kicker's sets from the PSD currently: Pjanić 95, Çalhanoğlu 94, Bardhi 93, Neymar 92 and Dybala 91. He is definitively better then Dybala at this, and even Neymar as I said on Neymar's topic (but maybe Neymar needs to be reduced a cpl of points on it as he is pretty good at it but not better then all those guys), so to not overpower him he should be at least on par with Bardhi, but I actually believe he is just as good as Pjanić in this specific stat.
What do you guys think?
Top

You stay on your positions by saying that he's not effective anymore? IMO, I think he still got it...

A masterpiece by Payet vs Lyon!
Top

Yeah I'm staying on it. He's able, and that's the reason he did it for example last night. But well, how many times does he's doing it for the last two year ? That's so rare to see him making a good game. Far from what he's able to do. Last night he was on the level he should be for the entire year.
They have eyes but cannot see; they have ears, but cannot hear; they have tongues, but cannot speak. They are like cattle.
Top

How many assists & goals since his masterclass vs Lyon? Incredible. Dimitri's the heart & the soul of this team.