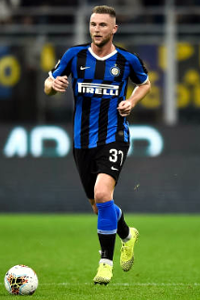 at the beginning i was thinkin' that he was completely not ready for high levels, but i've to admit he's playing surprising good since a couple of months... a CB to keep our eyes on.
Top

Milan Skriniar: Had a better pass success rate (91.4%) than any other player in Serie A last season (Who scored source) 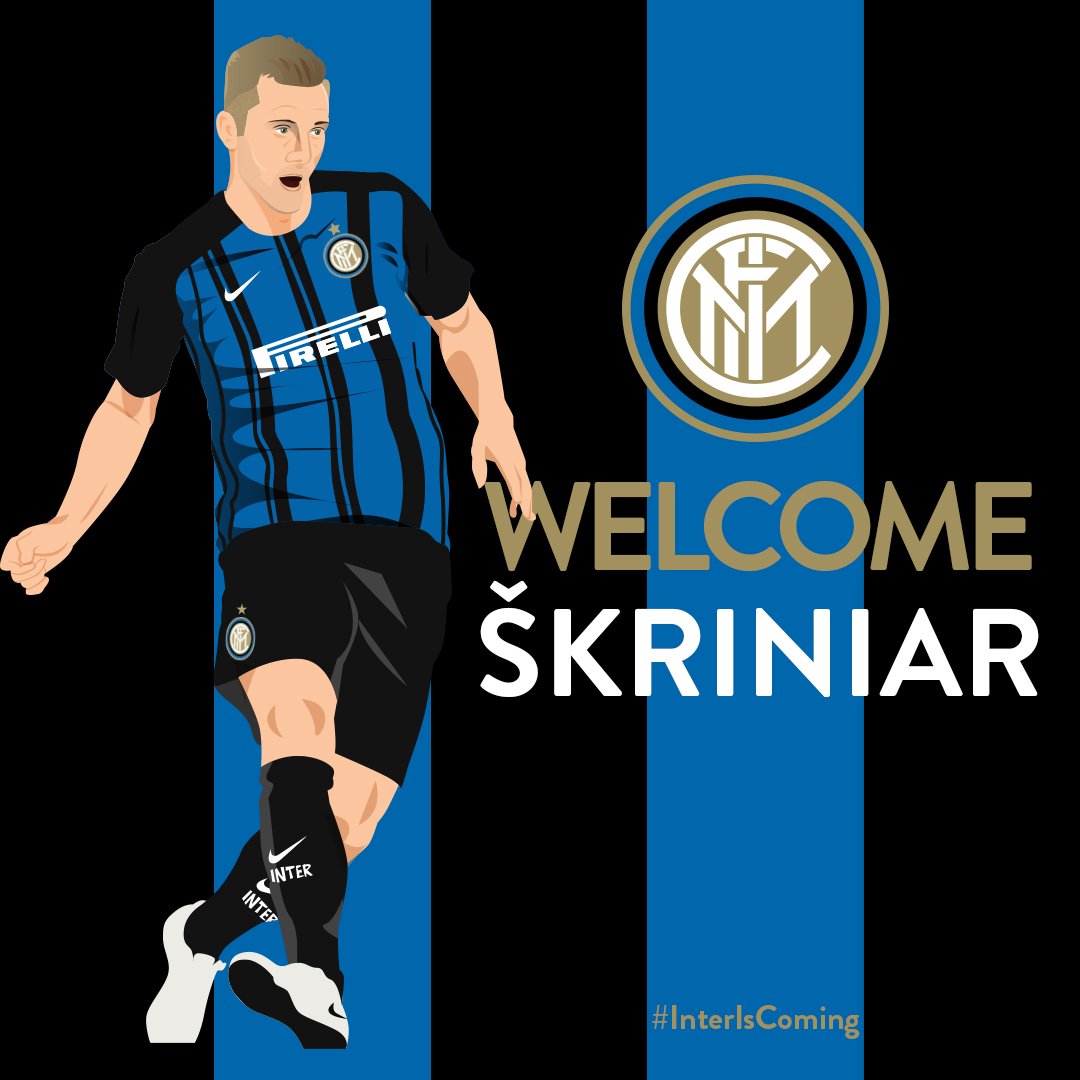 -Who really is Milan Skriniar?

The new Inter’s CB has some merits and defects, what should we expect from him?

Today the first construction from the defence is a key moment in a team play, the first brick on which the entire team building is based. Having a defender able to break with precise filtering passes the pressure lines make the difference between creating goal opportunities or a sterile ball possession.

This was perhaps Marco Giampaolo's reasoning when he decided to give an opportunity to Milan Skriniar, a player just sold to Inter for something like 25 million euros. An amount of money that surprised many people: Skriniar was sold as a great defender while during Serie A 16/17 has not been considered as such. Especially because some people have noticed some particularly and serious mistakes from him this year.

-The ability of set up the game from the defence:

The technique and “gentleness” of his feet is surprising good in relation to his body rigidity. Skriniar plays with his head always high and always looking for a non marked player to serve with a vertical ball. Unlike many defenders, he prefers the filtering short pass instead of a long ball. His vision is such high that he sometimes prefers to direct the pass in the space and not directly on the feet of a player.

// Here Icardi cuts off Torreira, Skriniar sees Barreto behind Eder and Banega and serves him with great accuracy and speed. You have not create a 5 vs 5 close to the Inter’s box that Sampdoria exploits to score a goal.


Sometimes, however, Skriniar is too much in love with the ball and the desire to do a vertical pass is so strong does that he never feel resigned to do a banal pass of a few metres to his closest team-mate. That's why he often touches the ball too much times and this thing close even the simplest passing line, reducing him to end to do a back pass or to find support from the sideback, an ideal situation for the opposing pressing.

This style of play is dictated by a technique superior to the average level. Skriniar really possesses excellent fundamentals. Height benefits him in the arial play, he is great in the short plays and he can improve in the long passing.

And for dribbling, he is one of the few defenders who prefers to dribble using the technique and not using of the body. Very confident in his capacity that makes it particularly efficient under pressure. According to Squawka and WhoScored is fourth central defender of the Serie A with at least twenty-five appearances both for average dribbling at the game (0.5, FIRST if we consider the players with 30 or more appearances). For total dribbling succeeded he collected 19: only to say, Bonucci counts just 4, while a surprising Radu leads the rankings with 26 after Izzo's disqualification stop him at 22.


Skriniar is a unique player who has come up with the idea that a CB with a very good feet can become a "big defender" project, improving his defensive gaps over the time. That is why it will be interesting to see how it will work in a team with great pressure behind them like Inter, in the hands of a coach so good in the development of his players but very severe at same time with their limits. In the past Spalletti did not bother to openly criticize some of his players and nail them directly to the bench when he did not consider them to be up to do their job.

In any case, Inter will finally be able to count on a CB that can build from the defence, a technical element that was completely absent in those recent seasons.
Top

Interesting player indeed. Being honest, I saw him about 5 or 6 times last season. In a couple of matches, I thought he was playing like a deep-DM... But no, he was still playing (nominally) as CB; with transitional tactics at Samp he was just asked to move forward a little further from his D-Line to provide extra support in the build up play. Mostly with short passes, as you said. Mixing simple ones with some with an unusual incisiveness for a CB.

Maybe I have a twisted vibe of him, but I think he could become a world-class deep-lying playmaker if he's trained well as such.

Not exactly a conventional, Pirlo-style regista. But more like a defensive-minded DM who can defend pretty well but also with the ability to dictate the tempo properly.
"Willy Wanda is Chinese!!!"
Top

Incredible season start from him tbh. For now he seems a wall, much more safe and confident than Miranda
Top

it's hard to remember a strong-body defender be this clean into interceptations,tackles ecc.. he is a great surprise for me, in this moment he is the best CB of the league in my opinion
Top

antony wrote:it's hard to remember a strong-body defender be this clean into interceptations,tackles ecc.. he is a great surprise for me, in this moment he is the best CB of the league in my opinion

What a beast. Good update not so long ago, but his stats needs to go up a little bit more. One of the best defender, if not the best, in the league right now
Top

I don't want to touch his stats, as this set represents him fully but also because;

What is the line between being a beast, and being viewed as a useless piece of shit? Because all of these players have had points in their inter careers where they were viewed as great, only to soon become seen as the exact opposite.
Top

jurgens wrote:I don't want to touch his stats, as this set represents him fully but also because;

What is the line between being a beast, and being viewed as a useless piece of shit? Because all of these players have had points in their inter careers where they were viewed as great, only to soon become seen as the exact opposite.

Yes, i agree. Is too early for a big upgrade, but i would say that this time i'm pretty confident .. with the names that you've mentioned i was never convinced by them.. Murillo for example i instanly had the intuition that he was a fraud at least for our league, Skriniar is much smarter than those players... he seems the veteran and not Miranda
Top

I'd agree with you he does seem better than all of them due to a completeness, which is something the other 3 lack, though I'm nowhere near as impressed with him as I was with Campagnaro, who was really just undone by an injury too late into his career, came at the wrong time really.
Top

These stats seem little bit low to me. I understand that he has exploded but he has been performing very well since pre-season and has hardly made any mistakes. Compare him to Victor Lendlof who has also made a big jump in his career by joining United. Skriniar has been such a security in the Inter defence while Lindelof has struggled badly to live up to the hype around him. Skriniar looks so much better than Lindelof, yet Lindelof has higher defence, speed and tenacity. Considering that both defenders are about same age, both have played 50 league games ( Lindelof has a few European games experience), both have about the same experience at National level ,it seems unjust towards Skriniar because he is so much better.
Top

The one thing i'm sure about Škriniar is his incredible ability to win the ball with lunging tackle easily. Has shown astonishing DEF value so far, that is true.
Relja's not dead
Top
Post Reply
54 posts