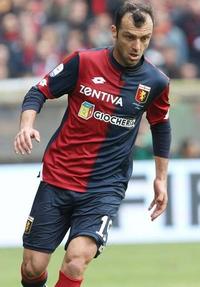 SPA could easily be 83, one point under Hamsik. LPA could be around 80. His passing lately has been his defining trait.
I'd also add *Passing to reflect this. *Reaction on the other hand can be removed.
Top

I made a video of Pandev and Inter, according whoscored, he was the best in the game, but for me was Cavani
here the video on youtube, And if blocked here for vimeo

Pandev as a SS / AM only ? Last season he played behind Cavani as a SS and sometimes as a CF. Though i know he can play all as a SS , CF , WF and also as a SMF. This season debut in Napoli`s 4-2-3-1 Pandev played as a LMF.
When di enemies ah pree
An ah bun back fire
Mi tek everythin to Jah in prayer
Long time dem nah like mi
Di tings dem transpire but Jah is my everythin an I am mek mi higher
Top

His contract end this summer an he will go to Genoa : http://www.transfermarkt.com/goran-pand ... eler/12563
PMTP & Mia San Mia
Top

What a season by old Goran, the class is permanent
Top

His first touch has always been classy. Tech at 85 is still underrating his skills to trap balls with ease, even under pressure.

He's obviously in a natural speed regression, but his cultured set of technical skills are basically the same ones he had in his prime time.
"Willy Wanda is Chinese!!!"
Top

impressive season by him, so far the best player for Genoa.
Top

he's been used as AM most of the times, his passing games has returned good as it was at Inter.
Top