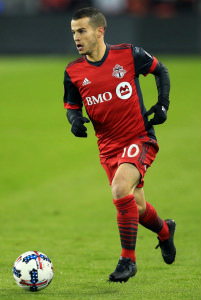 Agree with you , giovinco should be slight higher in BB than neymar...
Top

I would add WF and SMF. He played in these positions and he will again in this season.
Top

28 and sorted for the rest of his life...financially...

some people are so fortunate

PIPA23 wrote:28 and sorted for the rest of his life...financially...

some people are so fortunate

Yeah, but his career could have been so much more...
Top

He realized that his career (financially) couldn't get any better than that,no matter where he played he had his chances and never proved to be what some people expected...so time for him to make money before it's to late,he's always been selfish and will leave Juve on a free transfer,what a pus*y.

I know it's an idiotic move. He could've done much better... But wouldn't y'all do the same thing? It's 7 million a year!!!
Top

Did they remove him from the game completely because of the transfer to Toronto FC? He doesn't show up on the search in edit mode anymore. Is there another way to bring him back from the dead?
Top

It's strange but he is being played and weirdly is more and more regarded as an "old fashioned #9" at TFC recently..I still see him more like a Del Piero, but I guess his pace and 1-on-1 skills means he can "lead the line" when Toronto pumps the ball on counters...partly it's down to the fact that he has not formed a partnership with any of the real strikers in the team, Altidore aand others are instead being played out wide as midfielders sometimes to accommodate the threat Giovinco can bring up top. He should have CF as an option for Toronto, as when he is played there he does not drop like an SS deeper to get involved, at most he does like an Ibrahimovic support, but no crafting of play like a Messi or Del Piero did...but too often on the shoulder of the defender.

Form might do with a slight raise, he is not red-hot every week but 70% of the time is too much for any defense to handle with out persistent fouling...and he succeeds in more than half of what he attempts on the pitch, if we take 3/8 Form as a percentage of how successful he is at living up to the stats 5/8 would better reflect him...it's true his technical abilities are other-worldly in MLS terms but he has been pretty consistent..maybe 5 or so quiet matches this season and will probably pick up the MVP award.

I have been away too long and the way Attack is defined is different now, so I don't know what value he is, but I do know he at times is head and shoulders better than any attacker in the MLS in terms of movement and exploiting space..I would say it's the most inconsistent part of his game though, he can sometimes look very average in placing himself in the box on crosses (meaning optimally for a rebound, not trying to get headers in

Shot Accuracy, he is 80% (my own guesstimation) of the time going for the low corners, even on misses it usually is just passing the wrong side of the lower post..I am unsure of what value though.
Shot power could be bumped to 83-84.
Shot Technique should go up, he is on a different level here for this league, he is so calm and cool in every situation and has a great variety of finishing for every situation, I think an 84 like a Robben may be more appropriate..obligatory highlight reel http://www.mlssoccer.com/video/2015/09/ ... nto-fc-mls

According to the match commentators from last night's game, apparently when opposition defenders are asked every week after a match how it was to play against Giovinco, they all comment on 'how tiring he is to track and 90' mins with him is the most exhausting of their careers'.

Just some notes and ideas for the stats, I might add some more after the regular season and silly MLS playoffs are over.
Top

He just reinforced my argument for a bump in ST..also first player in MLS history to get over 20 goals and 10 assists in a season..he is like MLS Messi big fish in a smaller pond than Serie A.

Also candidate for outside, been doing it all season for passes too.

EDIT: Never mind, seems the league has given the goal to Osorio cuz his nose brushed along the ball as its trajectory was taking it into the net

lol, whatever I'm sure Giovinco score some other marvelous goal and I can re-edit this post at a later date

Yeah so regular season in MLS is over and TFC just got dumped 0-3 by Montreal in a playoff, so time for my Giovinco suggestions from the season.

As mentioned before, CF could be added, he was fielded and played like real striker maybe in 1/3rd of the games this season.

Form needs to be raised, he tailed off in the last 3 matches (after the international break) of the season and had like 5 "meh" games, but other wise he has been consistently living up to the stats and in good form. This suggestion is in view with what has been mentioned in some other player's threads on this forum recently how pesstatsdatabase is looking to revamp the form to be in a lower range to more realistically replicate erratic real world form of players.

Now if form is raised, I realize bumping other stats begins to make him possibly too good in PES, but I would like others to chime in if they can. Aa preface first... Having seen 30 or so matches this season of him, he clearly is in a good head space to showcase his earlier potential, like with Parma, in Toronto he is the main "star", likes the city (and money

) and has assumed a bit of a leadership role in training and on the pitch (limited by his vocabulary), but either way if it's him maturing or just needing to be the focus of the team to perform psychologically - he is living up to the stats...and perhaps exceeding these stats a bit in some areas, albeit in a 'lesser' league.

So if anyone else has seen him in MLS this season, what are your thoughts on Attack, Shooting, Teamwork, Balance and Passing?

For myself, Attack** might do with a slight bump, not Dyabal (83) good, but at or just below Ignacio Piatti (81) - having seen Piatti a few times this year I can see them being similar...and Giovinco is more than just +1 point than Altidore
**I come from a PES 5 user experience, though I understand from reading the site Attack influences a players creativity in attack and represents overall danger, not just positional sense on crosses and losing your marker like it did more so in the old gen PES.

Shooting - Accuracy: I dunno, he is pretty decent at finishing, but 78 might be fine, would like another opinion.
-Power: I think he needs to be raised, he's scored a few cracking goals this season, I mean his first FK away to Phili he nailed the top corner from 40+ yards, for me he seems like an 84..sometimes a bit less when he hits those dipping shots meant to mess the keeper up.
Shot Technique: Mentioned in a previous post, great variety of finishes in many different situations, raise to 82-84 Robben level but below Robbie Keane (85) who has a much more classical finishers ability that Giovinco is below.

Teamwork: Low-mid 70's, better than the current 67, Toronto has had good offense this season, Seba combines well with most teammates to create little moves that open up defences. Not more than 76, not consistently good at this through out the season and he never really orchestrates team moves just little 1-2 or 1-2-3 moves.

Balance: Raise it up, he is tiny but has held up the ball against players in 80's Balance a head or more taller than himself, 74 is silly. He is not quite as strong as Maradonna or Messi for their size (85), but a 78 is probably minimum.

Passing: It could be dropped in Accuracy, both -1 to 84 if Form goes up, just not consistently playing in balls of that quality, maybe even SPA:84 and LPA:83 (his set pieces are not 85 good at all and his crosses or cross field balls are all about that curve/dip he can pump them with not necessarily "holy shit" to the foot precision)

Going to keep eye on Stamina and Tenacity, finishes matches without problems despite being made to chase long balls over the top, no lack of energy levels. And has shown glimpses of a pushing not only himself but the team to win games late on even when odds were against them a few times this season, resulted in him getting a bit too fiery with the ref when calls did not go his way.

Really great post Oriello. We don't have much attention on the american leagues really, I'll try to review a little of him before changing any values. Or maybe vinnies seen some of him since his move?
Top

Thanks for the compliment!

Gio has been on my radar since 2008, I had hoped he would be Del Piero's heir at juve, instead he's his own thing at TFC. I live in a suburb of Toronto, so him coming to the club was like o.O. Had he not come, MLS would have been in the background for me, since TFC is usually like a turd slowly circling to its inevitable doom, sometimes a bit of fiber in some players keeps it afloat with hope but its doom is certain...Giovinco has been like a fresh coat of gold paint on last season's turd, it's fate sealed to the porcelain bowl, but it sure looked pretty going down.

Your post and your suggestions are concrete. But, how can we evaluate him and rate him basing our ideas on what he's showing in a semi-amateur league like MLS? He was so bad the last period at Juve... I can't deny he's a class player, really bordering a godly level in technical departments, he's also a good finisher and a good danger creator, yes, but if we put him on a higher level we risk to make him overall too good, and that wouldn't be realistic in my opinion.

I don't want to make him well too rounded...having him at yellow shooting and attack would mean basically that he's capable of doing everything
Top
Post Reply
480 posts