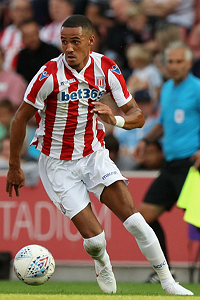 i think Thomas ince is betere that this stats i sugest global update, he is the best player in Championship this seson he have 7 goals and 6 asisst in 12 games.Here my suhestion:
ATK:76
DA:83
SPA:77
SPS:75
LPA:78
LPS:76
SA:74
Tech:81
add SMF position
Top

^ Yeah, he only really needs SMF and WF as his main positions; the other positions are probably relics from his earlier days.

That aside, imo the set can do with a good looking over now. Tom's really come on leaps and bounds over the past year, to the point where he might be the single most effective wide man in the Football League (yes, that's taking in to consideration Zaha's recent exploits for Palace, too). That's not to say I rate Tom higher, imo Zaha's the more technical and "raw" of the two, while Ince has progressed in the sense that he's become unerringly accurate in just about everything he does.

Firstly, an ATT increase is in order. For a winger of his age, his attacking intelligence is really exceptional. Off the ball, his movement is so intelligent, incisive and downright instinctive, you'd be pardoned for assuming that he's some veteran goal scorer, because when he spots a chance to exploit space and hit top gear, he can punch holes in just about any Championship defence (definitely deserves the Reaction ability, perhaps Free Roaming, too). He also does a nice job of pulling defenders out of position and creating space for Blackpool's more offensively inclined midfielders - in this sense he acts like an auxiliary second striker at times, drifting inwards, pulling outwards and never giving the opposing fullback a minutes rest. On the ball he's a thoughtful passer, knows when to release the ball and when to take his man on, and he's particularly dangerous cutting inside (he's assisted many goals this way over the past season, cutting inside and pulling the ball back across the box, Cut Back Pass card is a must). AGG has to come up too, in tandem with the facets of his game that I've already mentioned; he is just relentless when it comes to attacking the backline. He's pretty much a defenders worst nightmare on his day - quick, intelligent and confident enough in his ability to attack the backline the whole ninety minutes. STA could do with a raise as well, since it goes hand in hand with his aggressive nature and his willingness to press opposing defenders.

Passing and shooting stats absolutely need to come up; they're just paramount to his game. As I'd said before, his calling card as a player is his exceptional accuracy in the execution, imo SA and ST could be in yellows when you consider the vast majority of his goals are scored with him cutting in and shooting from unfavourable angles, and still managing to finish really neatly. Honestly, he finishes with such calm and accuracy, anything below a yellow is criminal (although saying that, SP need not be any higher than a green value, he doesn't rely on power in shooting whatsoever). Passing stats should be in greens, but accuracy values should be higher than the speed values.

AGI could do with a good raise, he's a very sharp, very sinuous dribbler at times, and can pull off some very nice, tight turns, although his dribbling is more control oriented than anything (DA could come up one, not a big deal though, it's more of a cosmetic/personal preference sort of thing). Both TS and ACC could do with a raise, his speed is one of the traits which makes him so dangerous both on and off the ball - off the ball, he tears past defenders over distance and on the ball, his excellent turn of pace coupled with his quick feet and his decent control make him a real pain one-on-one. RES should come up too, as I said his movement in the box is akin to that of a classic centre forward, and this is especially true in regards to RES - exceptionally quick to react to loose balls and coupled with his pace, it means he's constantly applying pressure to opposing defences and capitalizing off their errors and miscommunications which lead to loose balls.

Here's my view of Ince if anyone cares to have a look:

Apologies if there are mistakes in the set such as font colour and spacing and whatnot, this is actually the first set I've made using the new stat template.

Updated, as I said with williams, I've toned it down a bit..also kept SP higher, whilst I understand the reasoning behind such a low value, Its too low, especially when he does have a powerful shot in his locker just he rarely uses it....
Top

Toning certain values down is one thing, Stu, but it's an entirely different thing altogether to detract from what's possibly a player's greatest attribute to avoid "inflating" that player's worth. Ince isn't worth a yellow ATT value after the season he's had - a season where he's made penetrating run after penetrating run and been a thorn in the side of just about every Championship defence? You honestly think so?

It'll sound odd for a winger, but Ince's ability to finish is his bread and butter, and yet you've effectively deprived him of that. He's one of the most assured finishers in the whole of the Football League (I wholeheartedly believe he's comparable to Rhodes in this regard), yet you've got him on a green value for SA. Ince really is as cool as they come when it comes to finishers, if he's not deserving of a yellow value for SA then I have to ask, who in the Championship is?

As far as SP is concerned, you're right in saying he's capable of more, but the overwhelming majority of his goals (or even his shots on goal) are reliant on finesse more than anything. He can show green level SP, but he regularly doesn't - it's the same reasoning behind only assigning Ian Wright the lowest yellow value for SP, even though everyone knows he was capable of far more. I can't help but feel yours is a compromise value more than anything, not that it's a bad thing, it just seems we have different ideas when it comes to assigning certain values.

Ince is not the first player nor the last to be so monstrous in the second division but, just caus he can do it at that level why should we give him values like your suggesting, with those values he'll be key player for most premier league teams? Hmm just not comfortable with it......

There are several potential problems that arise if we give him such stats if he can't repeat the same form or step up to the next level....Ill think about might ask for some advice...
Top

His performances this season totally justify these values. He's so effective in every aspect of his game, from his dribbling and passing, to his off the ball movement and finishing; he's just really, really effective, it's what defines him as a player. I can't help but feel from the tone of your post that you're apprehensive about giving him higher values just because of the league he plays in (I had the same feeling reading some of your comments in the Williams thread...). If we shirk higher values we'll eventually end up with uniformity across the board, when actually we should be doing more to emphasize a player's idiosyncrasies. Right now, there are a lot of generic sets in the Championship section, and that's not going to change unless you're willing to stretch the ladders a bit.

Yes, and quite rightly so. Any club outside of the top six or seven would be lucky to have him - bar Bale, there's not a winger in the Premiership who poses the same goal threat that Ince does. Give him time and he'll be good enough to feature regularly for the top six teams, too.

If he fails to make the step up to the Premiership, it won't be down to lack of ability. Either he doesn’t have the mettle needed to succeed at the highest level, or the manager he plays under will stifle his creativity and misuse him. He's definitely got the nous and ability to succeed though, that much is beyond question.
Last edited by frshmn on 2013 May 23, 12:27, edited 1 time in total.

Geez, The Championship never had such an amount of talented players, many of them with the qualities and/or potential to have a successful career in any top European League.
About Thomas Ince, I'm not sure if he will be as great as his father Paul, but he's certainly material for any top-6 Premiership club as Madvillain mentioned in his post.
"Willy Wanda is Chinese!!!"
Top

^ Absolutely this. I don't particularly know why it's the case, but more and more talented young footballers are plying their trade in the lower leagues, as opposed to making big money moves to Premiership clubs where they're more than likely to end up either being loaned out or bench warming. Perhaps the stories of John Bostock and the likes serve as a cautionary tale for younger footballers who've got their heads screwed on, who knows?

I'm just glad that's the case, because the quality in the lower leagues has improved tremendously over the past few seasons.

Ince senior was a fantastic player, as well as a pioneer of sorts in English football. Tom will have his work cut out for him trying to emulate his father's success, but the talent is definitely there.

got me convinced, not to long ago I would have been from the get go, I guess I've gone soft of late
Top

really hoping the move to palace goes though, he needs to be playing in the prem
Top

He's number 11 at Palace. Great debut of him for The Eagles against West Brom some days ago.
"Willy Wanda is Chinese!!!"
Top

Signed by Hull City. Blackpool and Hull are still due to reach an agreement regarding a compensation fee:
http://www.hullcitytigers.com/news/article/1415-ince-signing-1721043.aspx
"Willy Wanda is Chinese!!!"
Top

He might get further downgrades. Honestly, at Stoke he just is maybe the most frustrating player in the league to watch. Clearly has quality still, but just so rare to see him showing it.
Top
Post Reply
16 posts • Page 1 of 1