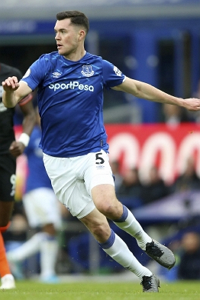 know he's either going to benchwarm this season or get loaned out again but I've made him now as I'll only forget later, is clearly one for the future though, looks really solid

Spoiler: show
isn't there another Keane in Utd? a fairly talented forward?

I think they're just bro's. But, from what I understand, he was very impressive on loan last season so it will be interesting to see what Moyes does with him with Wootton gone, Jones playing a lot of RB and the injuries that our center halves contract throughout the season.
People gon' be people. They gon' lie, they gon' cheat, they gon' steal, but as long you get yours, you keep it moving.
Top

that would make sense, got confused as both of them are 20yo's

they are twin CR7, same DOB, but anyway far better than wootton was so an upgrade
Top

I believe him to be much better than this. Certainly, for the last 12 months or so, been one of the best English center backs.
People gon' be people. They gon' lie, they gon' cheat, they gon' steal, but as long you get yours, you keep it moving.
Top

Jordan Pickford to Everton for an initial £22 M, rising for additional £22 M with add-on clauses??
"Willy Wanda is Chinese!!!"
Top

only saw a quarter of the everton match before i switched to the psg match, but i saw a few very impressive short passes by keane- very stand out precision and great weight. the way he played those passes stood out quite alot really- something to keep an eye on?
If you don't put effort into your post, i won't put effort in my response.
Top Keane is an amazing defender, really paying his price for playing in a shit Everton side for the second year in a row, but this guy is top class quality defender, the best English one alongside Maguire in my eyes.

Speaking of his defending, he's really intelligent defender, his overall proweess and awareness is great. His anticipation and prediction of what will happen, but not "aggressive, cuting passes" anticipation, in the opposite way, he is the guy who is waiting the ball to come to him, not chasing it, great positional sense and high defensive IQ, he's not the guy who dives into tackles that often, but simple clever clearances due to the qualities i've previously mentioned, recovering some great balls with just being in the right place at the right time, overall very intelligent defending, he's a great shot stopper too, that high TW is well deserved, but i'd push it to as high as 85, his DEF too. On the other hand, his RES could live with just a minor +2 increase.

Speaking of his tackling yeah, not to forget, not that he is not a very good tackler but he doesn't need to perform that that often because he's good enough to resolve the problem differently.

Speaking of ball playing, his DA should stay in whites, but his passing is heavily underrated, the guy is a great short passer and a solid long one, but also very calm and very reasonable.. His passes between the lines are something special https://youtu.be/OUQXmV3VBB0?t=238 (ofcourse, that's my boy Jesse recieving it there between the lines) I think he can go up to 79 SPA, 83 SPS, 76 LPA and 80 LPS. And his ball control can see a very slight increase to 75 maybe.

His jumping is also too low, he's at least 84, but i sometimes think of value even higher than that, up to 86.

Shown some pretty nasty ACC too, 79 i'd say, maybe even higher at moments.

Been watching this season and Keane definitely has grown as Luhum mentioned. He is a smart defender that positions himself so that a tackle isn’t needed and slows down the attack or stops it entirely. His tackling is pretty good, but he’s a well rounded defender that doesn’t need to be defined by aggressive and strong tackling/interception abilities. His passing helps gets things calmed for Everton and he is really a nice ball playing CB. It’s a good mixture he has as he plays well on the ball, but not at the expense of making sound and safe decisions defensively. As for the point about ACC increase, it does seem that more than RES needing the bigger bump. His aerial prowess is notable just about every game and he is a big threat from set pieces especially. Probably one of the top 5 CBs on the season, or right around that range.
Top

You guys are watching a different player to me. He should be third choice defender for Everton. Zouma and Mina are both better.
Top
Post Reply
13 posts • Page 1 of 1