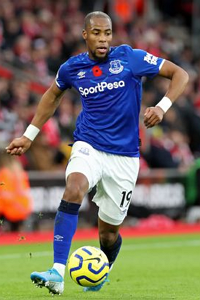 I don't wanna sound stupid, but does he really deserve low STA?
I mean, as far as I know, he played 32 out of 38 league matches for Troyes, helping them gain promotion to Ligue 1.
Unless he was subbed often, STA 78 looks weird, specially if he runs forward often with AGG 85.
I don't follow Ligue 2, so if you think my observation is dumb, you can ignore it.
Just a thought anyway...
"Willy Wanda is Chinese!!!"
Top

He is one of the best potential for this positions in France but he doesn't run so much. He is very agressive but he is not like a player who go on attack and track back and return on attack. 78 is good for now, and Ligue 2 is really less competitive than Ligue 1. Physically there is a gap between the two.
They have eyes but cannot see; they have ears, but cannot hear; they have tongues, but cannot speak. They are like cattle.
Top

I understand your point of view. I'll try to see his development at LOSC.
Meanwhile, don't forget to move to Lille in the editor, once a number is asigned for him.
"Willy Wanda is Chinese!!!"
Top

- he is playing mainly on the LEFT side, also capable to play on the right, but his main posi is L
- deserves a boost in DEF, Passing and TS
Top

what numbers do you suggest? for the update?
Top

In the matches that i have seen him , he has always impressed me with his speed , this guy's TS should be updated to a similar value with Mbappe and also ACC can go some points up IMO

mr.Boss wrote:In the matches that i have seen him , he has always impressed me with his speed , this guy's TS should be updated to a similar value with Mbappe and also ACC can go some points up IMO

Bump !
Guys , Sidibe looks much underrated from PSD users ... You have already updated every player of Monaco who needed an update but it looks like no one cares about this guy who is also the right back of France NT . As i have mentioned above , he is clearly faster than this in both TS and ACC but i think that he needs some changes even in some other abilities .
He doesn't looses much speed when on the ball and runs at full speed with the ball a lot to deserve a higher value than just 81 ...
Also , he has played a lot during his career as a LB and that has helped him improving his left . From what i have seen , a WFA/WFF 6/5 for him wouldn't be bad for now

. And the last thing is his STA , Sidibe is a beast and runs a lot in every match so i can't agree with a 5 points gap between him and Mendy ...
PMTP & Mia San Mia
Top

I'm sorry but I have to disagree with you in every points except stamina.

Firstly about his speed: are you serious when you said his on level of Mbappe ?

I really not see him very fast, but open to discussion if someone prove him that he's faster. Anyway Mbappe destroy them all on pure speed.

About left feet, yeah he played some games as LB when Mendy is not available. But well, it was a disaster... he's not able to even cross with his left feet, he has to turn him to the left feet to make something, and it make him making terrible performance as a LB... he's isn't confortable at all there.

Indeed he's running a lot, but Mendy is far over. Mendy is able to make so many runs on his side. When both are starter, Monaco game playing mostly on the left. Mendy crossing much more, and also able to run back to defend on counter attack. Can't see Sidibe on same level really.
They have eyes but cannot see; they have ears, but cannot hear; they have tongues, but cannot speak. They are like cattle.
Top

Sorry Adrien, i have to disagree with you except speed level.

how can you say that he is play style on the left is a disaster? He was genius in Lille on the left and i dont have the feeling that it changed much. Do you think he played bad against nancy yesterday?
The reason why they play more over the left is Lemar and not Mendy and because silva is mostly not really participating in the game. His working rate is definitely something we have to put more attention on. Here i see a justified point for an update, teamwork needs more an update than stamina. But its true he covers a nice area during the game and doesn't get lazy over the game due to exhaustion. (edit: not to forget ment)
Top

Agree with Adrien on Speed,he isn't close to 90s in long runs,he can do with a little bump,but more in the lines of TS 85 - Acc 80/81
This set's a great base, you can see he's stepped up his game in most categories but he's not misrepresented by this set.

Spoiler: show
He's bionic,he's stronger than this,i'd rate him at 84/85.
His application of Sta in running up and down his side is not nearly as extraordinary as Mendy's like Adrien points out.He can make big runs even very late in the game displaying no fatigue so i see where you're coming from,a value at 87/88 is definitely deserved.

On his technical and style on the ball.

Spoiler: show
His DA/BC is pretty spot on,he might have improved his BC a tad but not over 76.His style of close control is sloppy,he's not bad on the ball despite that but it's also the reason he gets dispossed usually.He could also get 1-2 point boost in Agi,he uses his strength to shake off opponents and he's not exactly agile but he displays quick feet in small spaces especially when he gets forward ,changing the ball to his other foot to make a quick little dribble and he's quite effective when he does it.

Spoiler: show
His passing needs some increases but in the same frame of Power>Accuracy it has now.He's a pretty decent ground passer,his crosses have just decent accuracy with an emphasis on power,also they generally have as much curve as a brick

.
For numbers i suggest
SPA 74/75
SPS 76
LPA 76
LPS 81/82
Concerning curle ,i'd be fine with even this value for his crosses but this guy also takes free kicks and can put curve in his shots in general,so a little bump to 68/69 might be needed just so he can get the ball over the wall.On that note he's scored at least a couple of direct free kicks from what i remember, against PSG most recently,his FKA should be closer to greens.

On his defensive game.

Spoiler: show
Despite being a little sloppy at times he's a talented tackler for a SB and he's very effective in dispossessing opponents cleanly using his body,he's closer to 69 for Def.
His tactlical game defensively isn't as standout for his position as his tackling for me nor is he very responsive.Resp is fine as is, TW can do with an increase to 75,a good balance for his supportive game as well.

His Ment is around 80 also ,good attitude and plays with spirit.Finally to clear the air on weak foot,he's very much ambidexterous on the ball, he can switch feet very effectively and he does it frequently but his crosses and shots with it suffer like Adrien says so he's a little peculiar with it.He's more like WFA/WFF 4/6 for me,considering he plays on the right now this will fit him better.

Edit: Req,i was writting my post when you posted ,concerning his use of his left foot as an LB at Lille,if you look in vids of him there i think you'll notice how shy he is in his use of the left for crosses and shots even if it is the better choice for the situation,he uses it a lot but it's more like a stepping stool.
Top

Req, when I said Sidibe was a disaster as a LB, it's because I'mnot judging him like every others sideback. I'm waiting much more than a random game for someone playing for the 1st teams in France. And there is also a big difference in Sidibe game when he's on the left and when he's on the right.

When he's on the left he's very limited. He's not able to cross if he's not on his right feet for example. On the left he's just running some metres, then make a simple passes to the partner near to him, doesn't trying difficult passes or crosses. He looks to be lost on turf when he's on the left. That's the impression he gave me yersterday against Nancy for example. Okay he still made the job, but well, it was one of the less offensive teams against them... The goals of Juventus for example came from the left when Sidibe was playing there.
They have eyes but cannot see; they have ears, but cannot hear; they have tongues, but cannot speak. They are like cattle.
Top

A good bit early for anything final, but does he have defensive awareness issues? Looked really poor against Arsenal and exposed on most the goal scoring chances. Very good athlete that helped a lot, but out of sync with the rest or flat footed.
Top

So he’s been playing a good deal for Everton, and I have to be real he’s had some horrible stretches. The last 3 games he was pretty much directly responsible for 4 goals conceded. He did this super dumbass thing where he kept sitting wide and tight on Auba against Arsenal and they just played balls inside him and the CB torching then endlessly. Then he completely switched off and let Auba get totally free for a header which he converted. Against Chelsea he didn’t do any better. Had a terrible game and his mentality and teamwork was shit. He is really rigid and stiff and got turned inside out super bad. One redeeming quality is his ability to recover, which I’m going to be real is needed since his ass gets burnt like toast a good deal. He’s for sure needing lunging tackle. Also, his short passing was super super inconsistent in my viewing and he misplaced a real number of simple balls played square and gave up counters. To me, he’s the weak link in the back more often that not when in the lineup and I see why Carlo started playing him more as a WB/RMF.

Return to “AS Monaco FC”