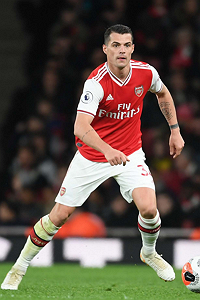 you are the messiah.
Top

Some of these stats look quite strange, does anyone have any suggestions for possible updates? MaxPower?

I'll wait till matches against Benfica to make suggestions. But I agree, there are some weird things about this set.
"Willy Wanda is Chinese!!!"
Top

There's one thing I'm pretty sure: He is better in short passes than Shaqiri.

Any other opinions/suggestions??
"Willy Wanda is Chinese!!!"
Top

Thanks for your comment, it's much appreciated, we need to get these stats updated.

Apart from the things you mentioned, Team Work, Shot Power or Stamina also look quite strange. Don't you think they could all be raised?
Top

How is he doing this year? I hear together with Shaqiri he is Basel's biggest talent. From the Champions League matches I've seen him play I agree wit Mracho comments about TW, SP and STA. Also, is it correct that his main position is WF? He seems to play a lot in the center of the field (or is it because Basel doesn't have a good attacking CM/AM?)
Top

Yep, he is playing mostly as AM cos' Shaqiri and Fabian Frei are exploting the flanks.
He's now playing in a sort of "attacking CM" or AM actually.
"Willy Wanda is Chinese!!!"
Top

I'd like to know Dos' opinion about this but it seems that he's been absent since a long time ago.

Thanks, updated the first post, hope it looks a bit better now. And yeah, Dos seems to be absent... which is a shame as he did a good work with the Swiss teams.

HOW ABOUT MAKING SOME SUGGESTIONS THEN ???
Top

i think he updated him mate

Nope, mate, he didn't, he's not a mod so he doesn't have access to the "PSD Editor" and therefore isn't able to edit stats.

PM sent to me by Messias, I'm posting it here for everyone to see and comment:

Messias wrote:Hi , again man Theese are my suggestions of the xhaka update !

First of all his Positions: now at basel he plays alot more like a CMF and AMF dont u think ? So I would say his position is CMF btw wich he has played brilliantly !

PLEASE LET ME KNOW YOUR THOUGHTS ABOUT THIS UPDATE

Like in Shaqiri's case, I'd appreciate any comments as I don't know Xhaka enough myself.

Good proposition as far as I can see although to me SA 75 is over the top. Would keep it at 73 and put an extra point in SP (note that I play PES5 in which players need some extra SP imo) and TEC. To me Xhaka's trapping is really solid, good enough to warrant a 82 (I bet he would get even better if he were to play in a different league).
Top

I agree with Messias' set except for shooting stats, where I give credit to royvd.
He has proved to have a nice TECH, 83 is fine, he's at least as good as Moreno Costanzo in this aspect.
"Willy Wanda is Chinese!!!"
Top

This season he is always playing as a CMF, in a 4-4-2 formation.

Shouldn´t he have CMF as registered position?
Top

Time for an update, don't you agree mracho?
And yes, CM should be considered, at least as secondary position.
"Willy Wanda is Chinese!!!"
Top
Post Reply
115 posts