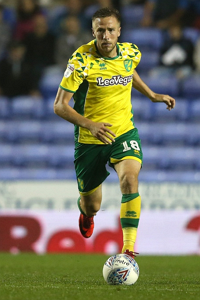 One of the most transformed players over the course of the last few years going from a very adventurous left back to industrious central attacking mid. He is far from a conventional player at the position and relies on versatility to move with the fluid Norwich attack. Equally adept at moving out wide, running through the middle to get on the end of a cross into the box, and dropping back to cover a marauding run from a teammate, Stiepermann is the glue that holds the unique (and probably patchwork in the eyes of many) side together. His intelligence doesn't correlate to great stats, but he is a very beneficial member of the side they will do well to retain a place for when they achieve promotion.

Since he is no longer a sb, we really need to re-invent the set. Thus, I present the following and welcome all forms of feedback, especially negative.